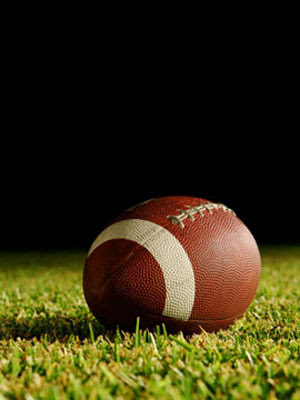 We watch so little television that it makes no sense for us to have cable or satellite channels. We never even think about... except for during college football season.

If only they sold the channels one at a time...

"He's fair. He treats us all the same -- like dogs."
~Henry Jordan, on his football coach, Vince Lombardi

"He could take his 'n beat yours, then take yours 'n beat his."
~Coach Duffy Daughtery, referring to Coach Paul "Bear" Bryant

"You can only really yell at the players you trust."
~Coach Bill Parcells

"Football combines the two worst features of American life. It is violence punctuated by committee meetings."
~George Will

"If a man watches three football games in a row, he should be declared legally dead."
~Erma Bombeck

100 Great Things About Living in Alabama: 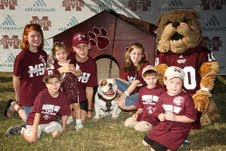 
Here are some great quotes from Jack Cristil, the announcer for Mississippi State football games. This was from the Egg Bowl a couple of years ago... when State was having a pretty rough season...

“The QB and the receiver weren’t on the same page there; but hey, it’s only week eleven.”

“Handoff to Dixon. And Dixon is murdered on the play.”

After Ole Miss went up 17-0 in the 1st Quarter: “They are going to have to send in their second kickoff coverage unit because the first unit is going to tire out with all of these kickoffs.”

“Ole Miss has just scored and we don’t know who scored because No. 85 isn’t listed on their roster. It’s academic at this point.”

After an MSU holding call, “Well, if you can’t block ‘em, hold ‘em!
John Correro: “One can only hope so, Jack.”

“It’s third down and so long, you will need surveying equipment to see how much is needed for a first down.”

“There are only 45 seconds left. Maybe Ole Miss won’t score another touchdown. In the 1st quarter that is.”

“Coming up on the end of the quarter – the third quarter, that is. We’ve still got another one to play."

“Ole Miss has punted once today for a grand total of 12 yards. They ought to improve on that with this next punt.” (Laughter in the background as he was saying it)

“Let’s punt it again. McAdams has to punt it a lot in his final game as a Bulldog.”

In the 4th Quarter: “For the record both teams have all of their timeouts left. So, that ought to make it fun.”

“Well, what do you know? The Rebels have put a couple of backup linemen in the game.”

“Mercifully, the clock continues to run.”

“About 3 minutes left, many fans have long been gone. In fact, some of them are probably already home by now.”

“Well, the Bulldogs take a delay of game. That backs them up to their 4 where it will be fourth and 31. We just wanted to make sure McAdams had plenty of room to kick the ball because he has such a powerful leg.”

“That’s it. Ballgame over. Ole Miss noses out Mississippi State, 45-0.”