With faith in the Lord Christ, Christians can even face death in the same manner that our Savior Jesus did. Do you remember what Jesus said, when he knew that his work on earth was done? 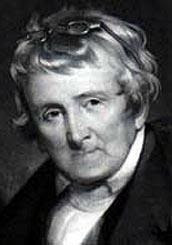 His small, modest home served as the seminary library, chapel, & classroom. The students not only studied in his home, but also shared in the Alexander family's worship. Small but great beginnings.

But the seminary grew...& Archibald Alexander continued to teach there until his death, on October 22 (today), 1851 -- 39 years after the seminary's founding.

Knowing that his death was approaching, Archibald Alexander wrote this prayer to The God Who Wakes The Dead:

"O most merciful God!... Thou has a perfect right to dispose of me, in that manner which will most effectively promote thy glory: And I know that whatever Thou dost is right, and wise, and good. ...And when my spirit leaves this clay tenement, Lord Jesus receive it! Send some of the blessed angels to convey my inexperienced soul to the mansion which Thy love has prepared. And O! let me be so situated, though in the lowest rank, that I may behold Thy glory. May I have an abundant entrance administered unto me in the kingdom of our Lord and Savior, Jesus Christ; for whose sake and in whose name, I ask all these things. Amen."
Posted by Tommy Lee at 8:22 AM

Email ThisBlogThis!Share to TwitterShare to FacebookShare to Pinterest
Labels: The God Who Wakes The Dead