The Worst Part About Being Religious 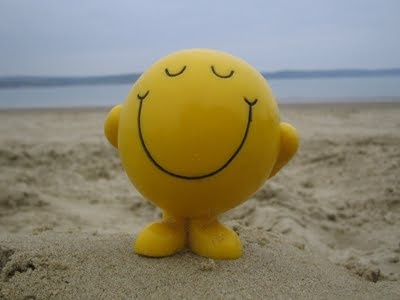 You know that Jesus of Nazareth is the worst enemy of religion.  What he said & what he did spells the end of mere religion.  Christians don't seek to become "religious"... rather, they rest in the fact that they belong to Jesus Christ, and they rejoice to live the life of a free child of God.

Religion says:  Live in such a way as to merit God's favor.  You've got to stay on your treadmill and earn your way.

Therefore religious people can never be honest & transparent about who they really are... not even with themselves.  There's no "safe place" to do so!  They know of no place where grace is abounding to the hardest of sinners.  They only know that they better be good because they're getting graded.

If you're religious you can never really "see" your sin, because your whole future depends on your achieving a certain amount of righteousness & goodness.  You can't really see the unflattering truth about yourself and your heart, because that would run against your entire program.  Your program is to make yourself "look" good.

So... you're not really interested in seeing evidence to the contrary.  You can't be.  And if the evidence is there, you'll find some way to blind yourself to it.  You'll deny it.  You'll excuse it.  You'll blame others.  You'll put on the smiley face, but always have to hide something behind your back.

But in Christ there is a safe place to be honest about your sin.  The Lord Jesus died for sinners.  Run to the cross.  It's the place of deliverance.  It's grace abounding to the hardest of sinners.

“Come, everyone who thirsts,
come to the waters;
and he who has no money,
come, buy and eat!
Come, buy wine and milk
without money and without price.
Why do you spend your money for that which is not bread,
and your labor for that which does not satisfy?
Listen diligently to me, and eat what is good,
and delight yourselves in rich food.
Incline your ear, and come to me;
hear, that your soul may live;
and I will make with you an everlasting covenant....
Seek the Lord while he may be found;
call upon him while he is near;
let the wicked forsake his way,
and the unrighteous man his thoughts;
let him return to the Lord, that he may have compassion on him,
and to our God, for he will abundantly pardon."
-- The Gospel According to Isaiah
Posted by Tommy Lee at 6:45 AM