Don't be "merely brushed by Christianity." 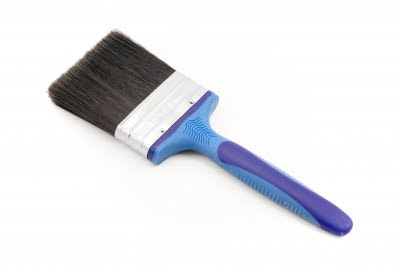 "There is nothing more cheering than transformed Christian people and there is nothing more disintegrating than people who have been merely 'brushed' by Christianity, people who have been sown with a thousand seeds but in whose lives there is no depth and no rootage. Therefore, they fall when the first whirlwind comes along. It is the half-Christians who always flop in the face of the first catastrophe that happens, because their dry intellectuality and their superficial emotionalism do not stand the test. So even that which they think they have is taken away from them. This is the wood from which the anti-Christians too are cut. They are almost always former half-Christians. A person who lets Jesus only halfway into his heart is far poorer than a one hundred percent worldling."
Helmut Thielicke
Whenever you see something by Helmut Thielicke you pretty much need to read it at least three times & then spend the rest of the day thinking about it.
Sovereign Lord, preserve us from being content with dryness and superficiality in our walk with you. Keep us growing out of the easy laziness of recycling the same old thoughts again and again. Renew our minds and refresh our hearts, so that we may escape the gravitational pull towards "half-Christianity." We don't want to be "merely brushed" by your mercies. We want to grow deep and strong, firmly rooted in the transforming grace of Christ.
Posted by Tommy Lee at 3:59 PM