The Lord Jesus once said this: "My mother and my brothers are those who hear the word of God and do it." (Luke 8.21) 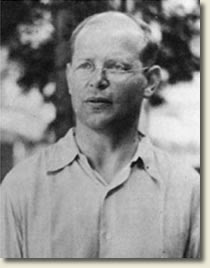 I'm reminded of something from the life of Dietrich Bonhoeffer. I'll write more about him some other day, but one thing you should know about Bonhoeffer is that he ran an underground seminary for faithful-pastors-in-training in Hitler's Nazi Germany.
Now, you have to understand that Bonhoeffer was as smart as they come. He was an extremely intelligent and gifted man possessed with an immense capacity for truly "constructive" criticism.
But in the homiletics class that he taught (this is the class where seminary students learn the art of preaching), he would always set his pencil aside and listen intently to the sermon with his Bible open before him -- no matter how lame, how poor, how artless, how ill-prepared the sermon was.
He believed that the preaching of God's Word ought to be attended to as if he were listening to the very voice of God Himself. This was a man who wanted to hear the Word of God with all that he had. As he did so, he was always looking to the text, always engaged, always thinking, always praying.
And I stress again that in the story above the hearer was an intellectual and spiritual giant, while the preachers were usually unskilled, immature, inexperienced, John-Deere-green, unpracticed students who may as well have been born again last Tuesday.
But it didn't matter. God's Word was being preached, and Bonhoeffer was ready to hear it.  This is part of what it means to be in the family of Jesus (Luke 8.21, quoted above). 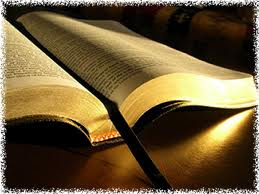