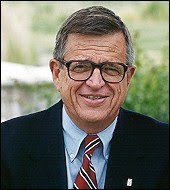 Some good thoughts from Chuck Colson...

More than Information
Friendships in a Digital Age

A recent Toyota ad features a teenager sitting with her friends. That is, she’s on Facebook alone in front of her computer. Older people, she laments, are “becoming more and more anti-social.” That’s why she pushed her parents into joining Facebook. But despite all her efforts, her parents only have nineteen friends while she has six hundred eighty-seven friends. “This is living,” she adds.

Meanwhile the ad cuts to mom and dad who are mountain biking with other actual, live, humans. That is, they’re spending the day with their friends while their daughter stares at Facebook.

In “Faux Friends,” an essay in the Chronicle of Higher Education, William Deresiewicz writes, “We live at a time when friendship has become both all and nothing at all.” Husbands and wives, parents and children, bosses and employees, pastors and church members, waiters and customers, politicians and voters are all “friends.” And now thanks to Facebook and other social networking websites, people who barely remember each other from junior high school are “friends,” too.

We’ve come a long way from David and Jonathan or Ruth and Naomi, two classic examples of friends in the Bible. Such friendships with their emotional intensity, personal commitment, and sacrificial love are rare today even in marriage. They take time, effort, and a willingness to know and be known as you really are.

Facebook, as Deresiewicz argues, gives us the impression of friendship not the real thing. On Facebook all our friends are assembled in one place. “Except,” as he says, “of course, they’re not in the same place, or, rather, they’re not my friends. They’re simulacra of my friends, little dehydrated packets of images and information, no more my friends than a set of baseball cards is the New York Mets.”

As one woman told him, “It’s like they’re all having a conversation. Except they’re not.”

On-line you can be whatever you want to be, carefully crafting your image. Or — even worse — you can indiscriminately broadcast all your inmost thoughts and feelings, things that are better kept for private conversations with … well, with your real friends.

Of course, the problems with friendship today are bigger than Facebook, MySpace, and other sites. Friendship was in trouble before they came along. They’ve just made the situation worse.

Deresiewicz correctly identifies the idea implicit in social networking, “that identity is reducible to information,” specifically our “consumer preferences.” And social networking is, for the most part, nothing more than sharinginformation. But data tell us little or nothing about another person’s character — the most important quality of a good friend. We only learn about that as we patiently share and hear one another’s stories.

“Posting information,” Deresiewicz writes, “is like pornography, a slick, impersonal exhibition.” Exchanging stories, he says, is mutual and intimate. It involves “probing, questioning . . . It takes patience, devotion, sensitivity, subtlety, skill,” all of which sharing stories teaches them.

While social-networking sites may have their place, Christian friendships, inspired by God’s love, have to go much deeper than digital chumminess. Indeed, we need to demonstrate the kind of relationship Jesus has with us when he calls each of us “friend.”
Posted by Tommy Lee at 3:29 PM

Email ThisBlogThis!Share to TwitterShare to FacebookShare to Pinterest
Labels: This is not friendship. This is distraction.