The Glory of the Gospel, Part VII: Christ the Lord. 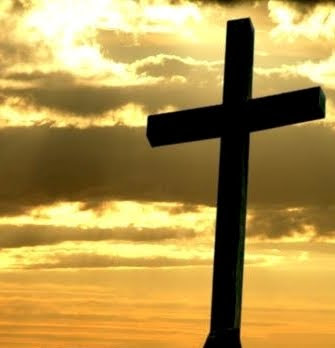 Remember the scene? Allow me to quote from Part I of this series (which can be read in its entirety to clicking HERE):
Please imagine that life is like a 16-foot deep, 16-foot across, round, slimy-walled PIT. You are in it, and you can't get out of it.
You're in way over your head, in a situation in which you can get little help, and over which you have little control.
But to make matters worse... inside that pit, there's also an 8-foot cobra. He's coiled and ready to strike.
Let's say that that cobra represents all the injustice, death, crime, suffering, poverty, pain, disease, war, & wrong-doing in this world. It represents everything that is wrong -- both in your personal life and in the world in general.
And here's what we're going to do: We're going to escort a representative from each of the world's major religions right up to the edge of that pit. That representative will see you in the pit and offer you his religion's version of "salvation."
End of Quote.
In Part II we heard from a representative of Hinduism. He talked to us about illusion.
In Part III we heard from a representative of Buddhism. He spoke to us about our desire.
In Part IV we heard from a representative of Confucianism. He offered us good counsel.
In Part V we heard from a representative of Islam. He demanded radical obedience of us.
In Part VI we heard from a representative of atheism. He pointed us toward education and hard work.
Notice that one thing they all have in common is that everyone has stayed up on the edge of the pit. They've just leaned over & called down their version of salvation to us.
Now let's bring in Jesus of Nazareth, the Christ.
He comes to the pit. He looks down and sees you. He sees the snake. He puts on human skin. In Christian theology we call this the incarnation. And then he JUMPS INTO THE PIT.
We barely understand who he is or what he's doing. But he grabs us and begins to push us up out of the pit.
The whole time he's doing this, we're firing a bunch of questions at him: "Who are you? Why are you doing this? I'm not even sure I believe in you!"
And then that snake -- which represents all that is wrong with this world -- rares back and sinks its fangs into his side. The venom is released.
We see him wince in agony as he pushes us all the way out of the pit... and then collapses -- poisoned and dead -- on the slimy, muddy bottom of the pit.
... to be continued ...
Posted by Tommy Lee at 2:40 PM

Email ThisBlogThis!Share to TwitterShare to FacebookShare to Pinterest
Labels: The Gospel