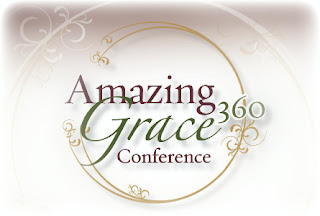 Several ladies from DPC recently attended our denomination's Women's Ministry Conference in Atlanta, and from all reports it was very encouraging.
Check out the list of seminar titles:
Teens & Relationships: Is Real Friendship Even Possible in a VIRTUAL World?... A Godly Woman’s Adornment... A Beautiful Faith: The Role of Art and Culture in the Covenant Community... Give Them Grace: Dazzling Your Kids with the Love of Jesus... Declare His Glory to the Nations... Looking Backward from Campus Ministry: What Helps Children?... Breath-Taking Decisions: End of Life Challenges: Difficult Questions, Humble Answers... Perils and Promises: Bio-ethical Challenges for Christians in the 21st Century... Womanhood Redeemed... Marriage and God's Grace: How God Uses Marriage to Conform us into the Likeness of Christ... Gospel Unity, Cultural Diversity - The Changing Faces of the PCA; Living the Out the Implications of the Gospel in a Multi-cultural Community... Redeeming Manhood from a Fallen World... Graceful transitions in Parenting
And along with engaging seminars, the conference also featured some outstanding speakers (Nancy Guthrie, Brian Habig) and great concerts (Kevin Twit & Indelible Grace, Laura Story).
In the midst of this self-absorbed culture of ours, may the Lord be pleased to raise up a new generation of Deborahs - strong, wise, godly, selfless spiritual mothers in Israel (Judges 5.7). We stand in great need of more of them! 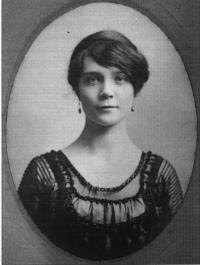 One of my favorite Deborahs in history is Dorothy Sayers. If you haven't read her, you can start correcting that deficiency right now with the quote below, in which she's commenting on the mystery and wonder of Christ and his gospel:
"Possibly we might prefer not to take this tale too seriously—there are disquieting points about it. Here we had a man of divine character walking and talking among us—and what did we find to do with him? The common people, indeed, 'heard him gladly'; but our leading authorities in church and state considered that he talked too much and uttered too many disconcerting truths. So we bribed one of his friends to hand him over quietly to the police, and we tried him on a rather vague charge of creating a disturbance, and had him publicly flogged and hanged on the common gallows, 'thanking God we were rid of a knave.' All this was not very creditable to us, even if he was (as many people thought and think) only a harmless, crazy preacher. But if the Church is right about him, it was more discreditable still, for the man we hanged was God Almighty. So that is the outline of the official story—the tale of the time when God was the underdog and got beaten, when he submitted to the conditions he had laid down and became a man like the men he had made, and the men he had made broke him and killed him. This is the dogma we find so dull—this terrifying drama of which God is the victim and hero.
If this is dull, then what, in Heaven’s name, is worthy to be called exciting? The people who hanged Christ never, to do them justice, accused him of being a bore—on the contrary, they thought him too dynamic to be safe. It has been left for later generations to muffle up that shattering personality and surround him with an atmosphere of tedium. We have very efficiently pared the claws of the Lion of Judah, certified him 'meek and mild,' and recommended him as a fitting household pet for pale curates and pious old ladies. To those who knew him, however, he in no way suggests a milk-and-water person; they objected to him as a dangerous firebrand.
True, he was tender to the unfortunate, patient with honest inquirers, and humble before heaven; but he insulted respectable clergymen by calling them hypocrites. He referred to King Herod as 'that fox'; he went to parties in disreputable company and was looked upon as a 'gluttonous man and a winebibber, a friend of publicans and sinners'; he assaulted indignant tradesmen and threw them and their belongings out of the temple; he drove a coach-and-horses through a number of sacrosanct and hoary regulations; he cured diseases by any means that came handy with a shocking casualness in the matter of other people’s pigs and property; he showed no proper deference for wealth or social position; when confronted with neat dialectical traps, he displayed a paradoxical humor that affronted serious-minded people, and he retorted by asking disagreeably searching questions that could not be answered by rule of thumb.
He was emphatically not a dull man in his human lifetime, and if he was God, there can be nothing dull about God either. But he had 'a daily beauty in his life that made us ugly,' and officialdom felt that the established order of things would be more secure without him. So they did away with God in the name of peace and quietness."
Posted by Tommy Lee at 5:40 AM