The Lifecycle of Pastors, by Thom Rainer

Someone just pointed me to this brief study on The Lifecycle of Pastors by Thom Rainer. Some good thoughts here. I think pastoral cycles are just one of the ways that God is always bringing development and maturity to his church... sometimes that's fun for the pastor & everyone else, sometimes it's not... but it's always good if we're all keeping our eyes fixed on Jesus. 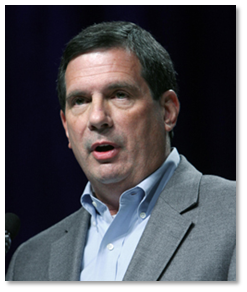 Almost twenty years ago, I began to note that the tenure of a pastor often follows a predictable pattern. Now, almost two decades later, I still see many of the same patterns, though I have refined the categories and time spans a bit.

I fully understand that these categories are not definitive, and there will certainly be exceptions to the rule. Nevertheless, I offer this lifecycle as a guide that I hope will prove useful to both pastors and congregations alike.

The new pastor is perceived to be the answer to all the needs and the problems of the church. He is often viewed as a hero because he is not his predecessor. Though some of his faults begin to show during this period, he is often given a pass. Expectations are high that he will be molded into the image that each congregant would like to have.

It is now apparent that the pastor is fully human. He has not lived up to the precise expectations of many of the members. This phase includes a number of conflicts and struggles. Indeed it is the most common time that pastors choose to leave the church or they are force terminated. This single epoch of a pastoral tenure contributes more to short tenures than any other time.

The number of crises begins to abate, though they do not disappear altogether. It is at this time that more and more new members come under the tenure of the new pastor. Some of the dissidents have left the church or the community. There is a realignment of loyalty and expectations of the pastor. Thus he is able to lead more effectively, and began to see some more productive years as pastor of the church.

Not all pastors have productive and joyous ministries in this period, but many do. It is not unusual for the congregation to begin to appreciate the pastor more and to follow his leadership with greater enthusiasm. Many of the battles have already been fought; and many of the conflicts have been resolved. The pastor and the entire congregation are ready to move forward in more productive ministry for the glory of God.

Mystery: Years 10 and Beyond

There are relatively few pastors and congregations that continue their relationships beyond a period of one decade. Thus any perspective I have of long-term pastorates is inconclusive and limited. I am confident, however, that if we see more and more pastors entering their tenth year of ministry and beyond, we will see more productive and fruitful ministries in local churches across the nation.

The topic of pastoral tenure fascinates me. I see significant correlation between ministry effectiveness and longer pastoral tenure, though there are certainly exceptions to the rule. I do hope that we will do a more comprehensive and objective study of this important issue in the future.