Night of Prayer for the Persecuted Church 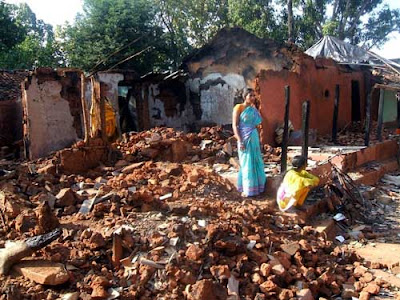 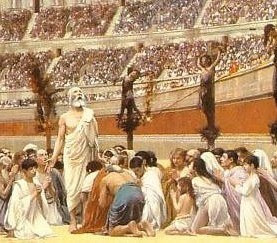 In Hebrews 13.1, the church is given this command: "Let brotherly love continue."
In the next verse this command meets its first concrete application: hospitality.
In verse three it meets its second concrete application: "Remember those who are in prison, as though in prison with them, and those who are mistreated, since you also are in the body."
A few weeks ago DPC gathered on a Lord's Day evening to enter into a Night of Prayer for the Persecuted Church. Why would we do that in our day? Many people don't realize or think about it, but THIS is The Age of Martyrs. Not back when the Romans used Christians as lion food, but now. More Christians were killed for their faith in the 20th Century than in the previous 19 Christian centuries combined. 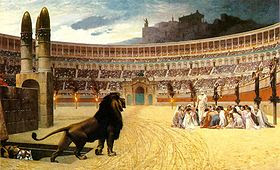 "It is inconceivable to think someone would kill in a house of worship," Janet Reno said after seven people were fatally shot by 47-year-old Larry Gene Ashbrook at Wedgwood Baptist Church in Forth Worth, Texas. Think again, Janet.
More Christians have been killed for their faith in the 20th century than have been martyred in the total history of Christianity. As you sit in a comfortable pew and worship this beautiful Sunday morning, there are Christian men, women, and children in sixty countries around the world who are imprisoned, tortured, and sold into slavery for the same privilege.
In the last six months, more than 25 evangelical pastors have been killed and up to 300 churches destroyed in Colombia. In January of this year, Australian missionary Graham Staines and his two sons Philip and Timothy were brutally murdered. In Sudan, Christians are sold into slavery. In Sri Lanka, churches are 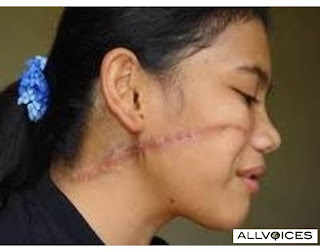 burned and pastors fear for their lives.
A few months ago, members of Voice of the Martyrs, founded by Richard Wurmbrand, who was imprisoned for fourteen years for his participation in the Romanian underground church, traveled to Sudan, Vietnam, and Indonesia to film testimonies. Their first interview was with a group of young boys whose village had been attacked by Islamic soldiers. The elderly and infants were killed on the spot. Twenty-seven children, 14 boys and 13 girls, were taken to a military camp about 9 miles from their village. That evening, the boy's hands and feet were tied behind their backs and they were ordered to deny Christ. Each refused. Burning coals were piled on the ground in front of the boys. As they refused to deny their faith, they were held over the burning embers. Still, they refused to deny their faith. The older boys escaped that night and were placed in a refugee camp. The younger boys died. No one knows what happened to the girls. These boys lifted their dirty shirts and showed the terrible scars on their stomachs
Another Sudanese Christian named Alex stopped the crew and begged for a Bible. He had been praying for two years to receive a Bible. He shared that in his village, there was one Bible for 200 believers. A difficult concept for American Christians who own several Bibles, which might be carelessly tossed under the bed or lie unread on the shelf. ... 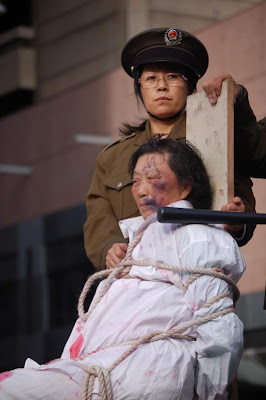