Chuck Colson on N.T. Wright on the "Echoes of a Voice" that are all around us... 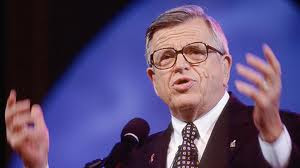 Signposts to God
Socrates in the City
by Chuck Colson
In the quest for divine truth, how do we know when we've found it? Are there markers along the way to guide us — a kind of spiritual GPS?

British bishop N. T. Wright says there are such markers; he calls them “Echoes of a Voice.” He says, “I'm talking about voices that I believe virtually all human beings, in virtually all cultures, listen for and know, but are puzzled by.”

Wright shared his views at a New York City gathering called Socrates in the City — arranged by my friend and colleague Eric Metaxas, author of the amazing biography of Dietrich Bonhoeffer. Metaxas put the Socrates in the City meetings together to help sophisticated New Yorkers think about the bigger questions of life. I’ve spoken there twice, and they’re great.

Referring to C. S. Lewis, Bishop Wright says the first “echo of a voice” has to do with an understanding of justice. Even the youngest child is aware of this — which is why, if you spend any time on a playground, you'll hear cries of “That's not fair!”

Adults have this same awareness; we make endless efforts to create justice around the world, but tragically, in a fallen world, we so often fail.

The second “echo” has to do with spirituality. Go into a bookstore, Wright says, and you'll find a “spirituality” section that covers everything from New Age teachings to Buddhism.

These books represent the haunting “sense that there are more dimensions to life that what you can put in a test tube or a bank balance ... So this, too,” he notes, “is like an echo of a voice, a voice that is calling us to a different dimension of human life. We all know — unless we shut our ears to this voice — that we were made for multidimensional human living.”

The third echo has to do with relationships. We sense that we are made for one another, and yet, we constantly mess up these relationships, both on a personal and international level. We all sense that living in chaos, relationally speaking, is not the way things are supposed to be.

The fourth echo is beauty. But Wright says there is “a haunting quality to [beauty], as though it's not just complete in itself.” This phenomenon is, he says, “a signpost to a larger truth that is just around the corner, just out of sight. We can't grip it, can't get our hands on it. It's as though we're hearing the echo of a voice, and we'd love to hear whose that voice is and what story it's telling.”

It's impossible to run an experiment and “prove” the existence of God. But when we are discussing with unbelievers the question of whether God exists, what we can do is bring up those “echoes of a voice,” or signposts. After all, these are universal human experiences, Wright says, “which at least raise a puzzle, ask a question, and force us to confront issues” — issues that point to the existence of a holy God. I’ve devoted several chapters to these human yearnings in my book The Good Life.

In order to reach a larger audience with messages like this, Eric Metaxas has put together some of the best of the Socrates in the City talks in a book titled, appropriately enough, Socrates in the City. It features talks by Peter Kreeft, Sir John Polkinghorne, Alister McGrath, Os Guiness, and others, including mine.

I highly recommend it as a Christmas gift, especially for unsaved friends. You can order it at our bookstore at BreakPoint.org, and you can also order my book, The Good Life.

It will help you identify the mysterious daily markers of life for what they are: cosmic signposts to the living God.