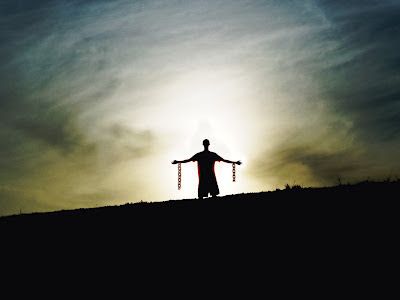 You may have read some of the amazing tributes written about the recently-deceased Chuck Colson... how he was transformed from President Nixon's evil "hatchet man" to a humble-yet-strong, godly leader in the modern-day church.  If you haven't read some of these pieces, click HERE and HERE and the best one is actually HERE.

But do you remember when the Apostles were afraid to meet with Saul of Tarsus and were initially skeptical of his conversion experience?  (Acts 9.26,27)

I was reminded of this kind of skepticism when reading a column in today's newspaper entitled "Don't forget Colson's Watergate role."  Here's a quote:

"I was never too sure about the former dark eminence of the Nixon White House who died Saturday.  It was difficult for me to believe that the creator of so many dirty tricks who had taken the worst in the art of politics to a nastier level could suddenly assume such a benevolent nature.  At the news of his death, I could only recall those days when he played a leading role in pushing us into the worst constitutional crisis in the nation's history."


"It was difficult for me to believe..."  And throughout the column there were a few zingers thrown in that were intended to make it more difficult for us to believe that God can make a man re-born... that God can make a man into a new creation... that we actually live in a world dominated by the Hard Beauty of Hope -- not the easy pettiness of cynicism -- because of the work of Jesus of Nazareth.

This is part of the scandal of the gospel.

"Do you not know that the unrighteous will not inherit the kingdom of God? Do not be deceived: neither the sexually immoral, nor idolaters, nor adulterers, nor men who practice homosexuality, nor thieves, nor the greedy, nor drunkards, nor revilers, nor swindlers will inherit the kingdom of God. And such were some of you. But you were washed, you were sanctified, you were justified in the name of the Lord Jesus Christ and by the Spirit of our God.....   Therefore, if anyone is in Christ, he is a new creation. The old has passed away; behold, the new has come. All this is from God, who through Christ reconciled us to himself..."    1 Corinthians 6 & 2 Corinthians 5


Click HERE for some great columns written by Chuck Colson.