Pray for Chuck Colson & his Family 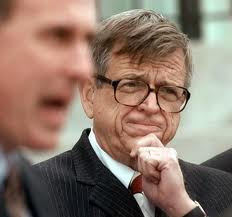 Chuck Colson has been a giant of the Christian faith since his conversion. This is today's Breakpoint article...

Thank You, Chuck
The Next Chapter

Even as I record this, our friend and leader Chuck Colson is near death. After early hopeful news about his recovery from surgery, we now face the reality that short of a miracle, Chuck will soon enter the presence of the Lord. Please pray for Chuck and his family.

Quantifying his impact would be impossible, but you know I meet those who have been impacted by him all the time—they read his books, or they listen to BreakPoint, or maybe their children were loved by Angel Tree volunteers while they were incarcerated, or they found Jesus Christ after hearing his story of redemption.

My friend Greg launched an internationally recognized public policy think tank in New Zeland after reading the book How Now Shall We Live? that Chuck wrote with Nancy Pearcey.

And it’s fitting that this weekend’s “BreakPoint this Week” broadcast features Gabe Lyons, an innovative Christian thinker and collaborator. Like Greg, Gabe points How Now Shall We Live?as the book that changed his understanding of Christianity and led to the work of cultural restoration that he’s leading today. I’ll be talking with Gabe this weekend on “BreakPoint This Week.” I hope you can tune in or catch it at our website, BreakPoint.org.

I’ve been impacted by Chuck, too. For years I heard him on this daily broadcast BreakPoint, but I’ve gotten to know Chuck personally, and worked with him on projects like the Doing the Right Thing tour, the Manhattan Declaration, and I’ve co-hosted with him on “BreakPoint this Week.”

I first met Chuck just before speaking on worldview to a class of Centurions. Chuck launched the Centurions Program to train adults around the country in Biblical worldview, and I was honored just to have the invitation to be a part of the teaching faculty. I’ll be honest: I didn’t expect Chuck to stay in the room when I spoke! My knees were knocking so loudly, I was just hoping people could still hear my words.

These last two weeks, I’ve been honored to host BreakPoint along with Eric Metaxas, another person whose life was impacted by Chuck.

You know, Chuck spoke often recently about the next generation and what he hoped to see from those of us who follow his lead. In an age when so many young Christians find their passion in causes of social justice and are skeptical of Truth, it’s worth mentioning that Chuck was doing social justice before it was cool. He went from prisoner, to prison minister, to prison reformer.

And yet Chuck taught us that social justice, and any cultural work, must be undergirded by Truth, Truth with a capital T—something he learned from the late Francis Schaeffer. For Chuck, Biblical worldview is more than theoretical posturing, it’s embracing and living out Truth with courage. And that Truth sets us free.

Of course, what set Chuck’s life apart was that it was not his own. It had been bought, by Christ, and returned to Chuck, redeemed.

You know once in a sermon, Dietrich Bonheoffer said, “Death is hell and night and cold, if it is not transformed by our faith. But that is just what is so marvelous, that we can transform death.”

What transformed Chuck’s life is now what transforms his death. I’m reminded of what C. S. Lewis wrote to close the Narnia adventures. I think it applies here: “now at last they were beginning Chapter One of the Great Story which no one on earth has read: which goes on forever: in which every chapter is better than the one before."

For BreakPoint and my friend Chuck Colson, this is John Stonestreet.

Email ThisBlogThis!Share to TwitterShare to FacebookShare to Pinterest
Labels: Current Events, The God Who Wakes The Dead