National Atheist Party Cancels Convention Due To Lack Of Funding 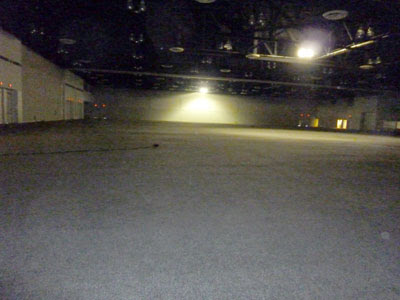 Did you see the story in today's news with that headline?  If not, google it.  It's real.  But here's a sampling of the story:

Troy Boyle, the party’s president, announced on its website won’t be holding NAPCON 2012 in Boston in October because it would bankrupt the group.

“After this year’s amazing Reason Rally, and flush with our successful recruiting and a spike in donations, we decided to hold our OWN secular event. NAPCON 2012 was supposed to be our biggest and best public event; our chance to show the U.S. that we could fund and organize a large, noteworthy and impressive ‘Secular Summit’ that would attract media buzz and even more interested members and donations. The reality is that we can’t,” Boyle said in the press release. “The donations simply aren’t there and if we went ahead with the event as planned, it would bankrupt us.”

The second annual convention was supposed to consist of several speakers and musical acts over two days, as well as giving away free prizes to fellow atheists.

Boyle blames a lack of donations and sponsors, along with several prominent people backing out of the convention.


Which sort of, maybe, kinda illustrates a point made in a few good book titles over the last several years:  Does God Believe in Atheists?  Do Atheists Exists?  That sort of thing.

And some of them are really wonderful people in many ways!  I've known some of them.  They have some moral fabric to their lives.  They believe that certain things are just dead wrong: hatred, murder, theft, lying, adultery, haughty pride, greed, slothfulness, cruelty to animals, etc.  They work hard, they're compassionate toward the needy, they're faithful to their spouses, they're generous & charitable, they pick up litter.

Our words sometimes deceive people (starting with ourselves), but our hearts are exposed in our actual living.  We give ourselves away.

Have you heard the term "elegant contrivances"?  It's a term used by lots of insightful folks to describe any system of belief that attempts to make good (common) sense of human life without making any reference to God, the creator and author of human life.

No matter how simple or complex you try to make such a system it's just an "elegant contrivance"... it's not ultimately going to hold together -- it's not going to have any basis or grounding -- if we're all just here by some sort of weird, unplanned accident.

There's no good reason for the strong to be compassionate toward the weak if we're just highly evolved chemicals competing against each other for limited resources.  In that sort of scenario Darwin was right and Jesus of Nazareth was wrong.

But the atheists I've known don't actually live that way.

denial   n.   a refusal to grant belief in the truth of a doctrine, theory, or the like

Atheists may tell a pollster that they do not believe in absolute, transcendent truth.  They may tell their friends that each individual gets to individually decide what is right and wrong, true and false, beautiful and ugly for him or herself... individually and all.

But do they really believe it?  Really?

When you take a frying pan and bash it against the atheist's son's skull, does he really believe that everyone should wait to confer with the son (once he regains consciousness) to determine if any offense was taken?

When a man does harrowing things to the atheist's friend, does the atheist say "whoa, not so fast" when you start using the language of "evil," "wrong," "sexual predator," "the wickedness of rape," and so forth?

My wife just brought in today's newspaper.  It is absolutely riddled with moral judgements and outrage... almost as if there were some pre-set standard of moral convictions to which we're all pre-wired to agree.  Where are the letters to the editor from the atheists?

If we're all just goo that got where we got by cosmic happenstance, there is no "good" and there is no "evil."  Those words don't mean anything.  You cannot contrive that kind of meaning in a godless universe of chance.  Stuff just happens.

But no one lives that way.  And no one lives that way because -- regardless of how we may want to trivialize ourselves with our words -- our hearts say otherwise.  There is a Person out there that we cannot not know.  His autograph is written on our souls.  His thumbprint is on every cell in our bodies. His character is inescapably displayed, like on an interstate crowded with billboards, all throughout creation.

When you observe an atheist attempting to contrive meaning and morality out of nothing more than physical "law" and physical matter, ask him or her why they're feeling so desperate (and lonely) in the necessity of this attempt.  Why is there this need to establish meaning and morality?  Why is it there?

Give him C.S. Lewis's "Illustrations of the Tao" out of his book "The Abolition of Man" and ask him to explain this world-wide, history-long phenomenon of "transcendent" morality.

Ask him why he "loves" his grandmother.  Or his dog.  Or even the unwanted dog that's about to be "put down" at the animal shelter.

Does anyone really believe in atheists?