DPC's Women of Grace ministry will start their new Bible Study this Tuesday, October 2 @ 9:30am, meeting in the cafe area of the church.  (childcare provided @ 9:15)

This will be a 7-week study of the book of Jonah, using teaching materials (videos & workbooks) by Priscilla Shirer.

First of all, let me tell you about Priscilla...

From the back of her book:  "Priscilla Shirer is a Bible teacher who enjoys bringing the stories of Scripture to life [of course I would rephrase this to say that since she's a talented teacher, she merely refrains from attempting to kill what is already very much alive].  She is also the author of popular books including One in a Million, A Jewel in His Crown, and Discerning the Voice of God.  Priscilla is married to her best friend Jerry with whom she founded Going Beyond Ministries.  While Priscilla loves ministry, she prioritizes her role as wife and mother.  Between writing and studying, she spends the majority of her time cleaning up after their three fabulous sons."

Now let me give you a brief preview into her Jonah study, A Life Interrupted...

Commenting on Jonah 3.1, which says, "Now the word of the LORD came to Jonah the second time, saying..." Priscilla writes this:


"Don't let the simplicity or brevity of this line disguise its depth and power.

God spoke... for a second time.

He specializes in second chances.

And don't we all just need to know that sometimes? 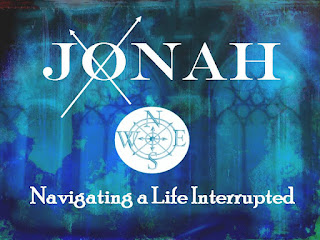 Other upcoming events that the Women of Grace may be especially interested in include: