Remembering and Learning and Praying and Voting 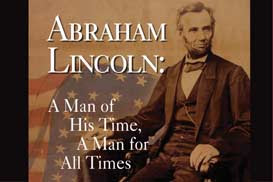 I recently took some kids to the Abraham Lincoln exhibit at the Carnegie Visual Arts Center in Decatur, and was reminded again of some of the more amazing moments in the history of this great nation.

One that stands out is the Gettysburg Address.  It's just ten sentences.  It took just over two minutes to deliver.  And yet, the moral force and power of it are astounding.


Four score and seven years ago our fathers brought forth on this continent a new nation, conceived in liberty, and dedicated to the proposition that all men are created equal.

Now we are engaged in a great civil war, testing whether that nation, or any nation, so conceived and so dedicated, can long endure. We are met on a great battle-field of that war. We have come to dedicate a portion of that field, as a final resting place for those who here gave their lives that that nation might live. It is altogether fitting and proper that we should do this.

But, in a larger sense, we can not dedicate, we can not consecrate, we can not hallow this ground. The brave men, living and dead, who struggled here, have consecrated it, far above our poor power to add or detract. The world will little note, nor long remember what we say here, but it can never forget what they did here. It is for us the living, rather, to be dedicated here to the unfinished work which they who fought here have thus far so nobly advanced. It is rather for us to be here dedicated to the great task remaining before us—that from these honored dead we take increased devotion to that cause for which they gave the last full measure of devotion—that we here highly resolve that these dead shall not have died in vain—that this nation, under God, shall have a new birth of freedom—and that government of the people, by the people, for the people, shall not perish from the earth. 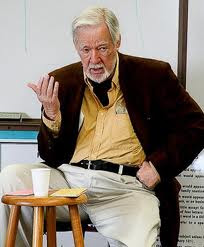 I also recently had the chance to take a young student to two lectures given by Charles Wiley, who's had a long and fascinating career as an international reporter.  His perspective on life in America is well-worth listening to, if you ever get the chance.  It's not intentionally a Christ-based perspective, but it's one that unintentionally gives praise to the Christian heritage that America has so richly enjoyed.

Both experiences moved me to pray that Christians in America might more vigorously pursue and develop the art and skill of thinking theologically, thinking Christianly.  In general, we do so very poorly, it seems to me.

I'm reminded of C.S. Lewis' quote: "I believe in Christianity as I believe the sun has risen, not only because I see it but because by it I see everything else."

The Christian faith, in a similar way, gives us the light and truth we need to see and understand our lives in this world.  Life, work, marriage, sex, charity to the poor, my neighbor, my enemy, money, sport, science, education, technology, art, food, drink, business, worship, exercise, words, the church, morality, evil, affliction, sin, death... what do these things mean?  What do they not mean?

God has revealed Truth to us in his Scriptures.  I pray that we will diligently seek that Truth in the Scriptures, so that we might bring renewed and sharpened minds to the issues of our day.  The world does not need more minds that have been enfeebled and dulled by sin.  It needs the mind of Christ, which has been given to the church (Philippians 2.5)... if we steward it well.

We walk into our voting booths on Tuesday.  Pray for this nation and its future.