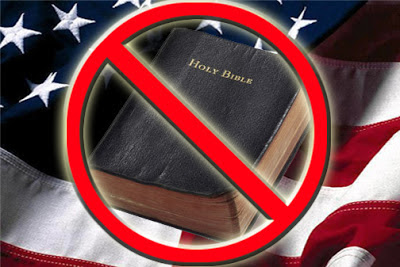 Clicking HERE will take you to the first Ransom Road post regarding what's going on with Hobby Lobby in these United States of America right now.


Has the Time Come?
Hobby Lobby and the HHS Mandate

Earlier this month, Hobby Lobby, a Christian-owned arts-and-crafts retailer with 500 stores and 13,000 employees nationwide, announced that it would not comply with the HHS mandate.

By doing so, the company has subjected itself to fines that could amount to a staggering $1.3 million a day.

Chuck Colson warned that the day would come when Christians would have to choose between the dictates of their faith and obeying the government.

And he was right.

As we’ve previously described on Breakpoint, the HHS mandate forces employers to fully subsidize services for their employees that, for many, violate deeply held convictions. Although the media has chosen to focus exclusively on the contraception side of the mandate, under the regulations, employers must also provide coverage for sterilization and abortifacients, such as Plan B, the “morning-after pill,” and Ella, the so-called “week after pill.”

Paying for these abortion-inducing drugs is what Hobby Lobby’s owners, the Green family, object to. They’ve endeavored to run their business on Christian principles, including Sunday closures, treating employees fairly, and honoring the sanctity of life. Paying for abortifacients definitely violates those principles.

So they filed a lawsuit against HHS but, unlike plaintiffs in ten other cases, including other businesses, they were denied an injunction. While appealing the denial, they had to choose between complying with the law or refusing to comply and accepting the consequences.  To their credit, they’ve chosen the latter.

But what do we need to know in light of this? Well, given the trajectory of our culture, the kind of choice the Green family was forced to make is inevitable for the rest of us too, regardless of who occupies the White House or controls Congress. This was spelled out in the Manhattan Declaration. When it spoke of the “decline in respect for religious values” in the law, it anticipated that non-compliance may be required of those of us who claim Christ.

For Hobby Lobby, that time has come. It may be the first Christian-run institution to choose non-compliance with the HHS mandate, but barring a change in the law, it won’t be the last. This weekend, we’re offering a full update on the issue on BreakPoint this Week. The show features Matt Bowman from the Alliance Defending Freedom and Emily Hardman of the Beckett Fund. Listen on radio, or by coming to BreakPoint.org and clicking on this commentary.

But let’s be clear: non-compliance won’t be limited to the HHS mandate. This is the post-Christian America that Francis Schaeffer, Chuck Colson and many others predicted. For many—not all, but many American Christians, this is new and unsettling territory. We’ve become used to a society that, while officially non-sectarian, paid homage to most of their beliefs and values, even if it didn’t always live by them.

As Alexis de Tocqueville put it, “Americans combine the notions of Christianity and of liberty so intimately in their minds, that it is impossible to make them conceive the one without the other.”

This has made choosing between God and Caesar unnecessary, unless, as the struggles of the Civil Rights movement showed, you were African-American.

One of the consequences of this close identification was that, for many American Christians, our sense of identity was more shaped by our nation than by our place in the body of Christ. We conceived of ourselves as Christian Americans instead of American Christians.

Now this is in the process of changing. It’s challenging, even painful. And let me be clear: We’re not to give up on America by any stretch of the imagination. I’ve heard far too much despair from Christians since November, as if the Kingdom of God was dependent on the American ballot box.

We’re called to live faithfully and courageously today; to love our neighbor and our country. And the best way to do that is to remember that we first and foremost belong to Christ. And therein, and only therein, lies the hope that gives us the courage for the tough decisions ahead.