The Book of Beginnings 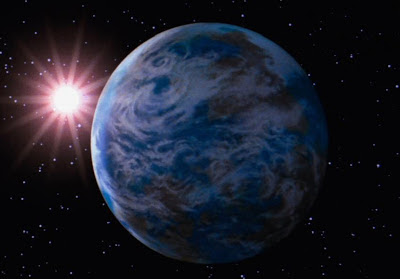 If you're following the Bible reading plan that was mentioned HERE, then in this last month you finished the book of Genesis.

What an amazing book!  The first events of human history... the foundational structures of human life... the slow realization of everything that humanity forfeited in the devastating fall into sin and death... the memorable men & women... the emergence of God's plan to save this wayward world from itself... the gradual unfolding of the covenant... judgment... grace... 50 chapters... 1,533 words.

But perhaps the most striking thing in Genesis is what we learn of the character of God himself.

Indeed, God is the only "character" that is present from the beginning of the book to the end.  What is he like?  How does he relate to his people?

Virtually every passage in the book more and more develops the answer to those questions.

Basically this book is, in fact, exactly what a thoughtful reader would expect the first book of the Bible to be -- a comprehensive introduction to the whole of Scripture.  This thing called "sin" is introduced as the problem, and God immediately sets out to overcome it.

"Genesis begins with a garden and ends with a coffin.  What a commentary on the results of sin in this world!"  ~Warren Wiersbe~

"Genesis, in fact, is in various ways almost nearer the New Testament than the Old, and some of its topics are barely heard again till their implications fully emerge in the gospel. ... The book of Genesis, like the Old Testament in microcosm, ends by pointing beyond its own story."  ~Derek Kidner~

Email ThisBlogThis!Share to TwitterShare to FacebookShare to Pinterest
Labels: Creation, Glorious Ruins, Loving the Bible, Quotes Worth Pondering, The Gospel