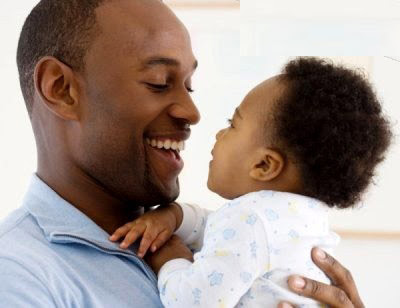 This is the man who -- when he announced that he would be taking the gospel of Christ to an island inhabited by cannibals -- was furiously told by one of his elders, "The cannibals! You will be eaten by cannibals!"

And, in fact, that was a real possibility.  Only 19 years earlier the first missionaries to set foot on these islands were indeed killed, cooked, and consumed immediately after their landing.

You have to love Paton's response to his elder:  "Mr. Dickson, you are advanced in years now, and your own prospect is soon to be laid in the grave, there to be eaten by worms; I confess to you, that if I can but live and die serving and honoring the Lord Jesus, it will make no difference to me whether I am eaten by Cannibals or by worms; and in the Great Day my Resurrection body will rise as fair as yours in the likeness of our risen Redeemer."

How does a man grow into such courage?  Where does a man learn such love for Jesus?

Read this and weep:


Here is Paton's account of the memory when he left home to go to Glasgow, where he would pursue graduate studies.  It was a 40-mile walk from his home to the train station.  From the train station to the school would be a long, long trip.  Who knew whether or when his family would see him again?


My dear father walked with me the first six miles of the way. His counsels and tears and heavenly conversation on that parting journey are fresh in my heart as if it had been but yesterday; and tears are on my cheeks as freely now as then, whenever memory steals me away to the scene. For the last half mile or so we walked on together in almost unbroken silence - my father, as was often his custom, carrying hat in hand, while his long flowing yellow hair (then yellow, but in later years white as snow) streamed like a girl's down his shoulders. His lips kept moving in silent prayers for me; and his tears fell fast when our eyes met each other in looks for which all speech was vain! We halted on reaching the appointed parting place; he grasped my hand firmly for a minute in silence, and then solemnly and affectionately said: 'God bless you, my son! Your father's God prosper you, and keep you from all evil!'

"Unable to say more, his lips kept moving in silent prayer; in tears we embraced, and parted. I ran off as fast as I could; and, when about to turn a corner in the road where he would lose sight of me, I looked back and saw him still standing with head uncovered where I had left him - gazing after me. Waving my hat in adieu, I rounded the corner and out of sight in instant. But my heart was too full and sore to carry me further, so I darted into the side of the road and wept for time. Then, rising up cautiously, I climbed the dike to see if he yet stood where I had left him; and just at that moment I caught a glimpse of him climbing the dike and looking out for me! He did not see me, and after he gazed eagerly in my direction for a while he got down, set his face toward home, and began to return - his head still uncovered, and his heart, I felt sure, still rising in prayers for me. I watched through blinding tears, till his form faded from my gaze; and then, hastening on my way, vowed deeply and oft, by the help of God, to live and act so as never to grieve or dishonor such a father and mother as he had given me."

Paton's faith was built upon the blessing of a godly mother and a godly father.

He writes that his father would go into a closet and pray three times a day -- after each meal.

Paton writes this of the impact of his father's prayers:

"Though everything else in religion were by some unthinkable catastrophe to be swept out of memory, were blotted from my understanding, my soul would wander back to those early scenes, and shut itself up once again in that Sanctuary Closet, and, hearing still the echoes of those cries to God, would hurl back all doubt with the victorious appeal, 'He walked with God, why may not I'

How much my father's prayers at this time impressed me I can never explain, nor could any stranger understand. When, on his knees and all of us kneeling around him in Family Worship, he poured out his whole soul with tears for the conversion of the Heathen world to the service of Jesus, and for every personal and domestic need, we all felt as if in the presence of the living Savior, and learned to know and love him as our Divine friend."

Fathers... there's a lot about the story of John Paton's father that we just can't imagine doing.  It was a different time and a different place.  But we could do this.  We could raise our children so that they never miss the worship of Christ.

Paton grew up in a family where Christian faith was always filled with intellectual freshness.  He was taught to love God with his heart and with his mind.

The trip to the train station is one of my favorite scenes in Paton's life.  I won't have time to mention it on Sunday, but I mention it here.

Tomorrow I'll mention one of my other favorites...