When You Have To Use Your Last Resource 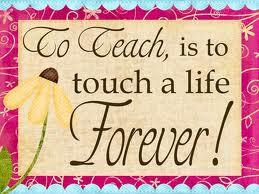 Yesterday's post was an introduction to the life and character of John Paton (1824-1907), whose story I will be telling (in small part) tomorrow morning at DPC.

Here is another favorite moment from his autobiography that I won't have time to tell tomorrow... and probably shouldn't, even if I did have time.

Some time after he left home for school, he ran out of money.  He had just written a letter to his parents telling him that he must soon leave the university to find work elsewhere -- or return to the village and work in some trade there for the rest of his life.

But this was a great grief and disappointment to him -- as he knew it would be to his parents -- so he didn't send the letter right away.  Rather, he left it on the table and went for a walk:

"Passing through one short street into another, I marched on mechanically; but the Lord God of my father was guiding my steps, all unknown to me.  A certain notice in a window, into which I had probably never in my life looked before, here caught my eye, to this effect — 'Teacher wanted, Maryhill Free Church School; apply at the Manse.'"

Paton took the job.  But the headmaster warned him that the school was a wreck.  In fact, of the three most recent teachers who had taken this job:  one left after being physically wounded, one had taken his own life, and one had gone insane.

After warning Paton that coarse young people from the mills and coal-pits would challenge him in class, abuse him in front of the other students, and ruin the educational opportunity for all, the headmaster laid a thick, heavy cane on Paton's desk:  ""Use that freely, or you will never keep order here!"

Paton put it aside into the drawer of his desk, saying, "That will be my last resource."

A friend actually enrolled in the school, just to try to keep Paton from injury.

Here's how Paton described the defining moment of his first week:


"A young man and a young woman began to attend the Night School, who showed from the first moment that they were bent on mischief. On my repeated appeals for quiet and order, they became the more boisterous, and gave great merriment to a few of the scholars present. I finally urged the young man, a tall, powerful fellow, to be quiet or at once to leave, declaring that at all hazards I must and would have perfect order; but he only mocked at me, and assumed a fighting attitude. Quietly locking the door and putting the key in my pocket, I turned to my desk, armed myself with the cane, and dared any one at his peril to interfere betwixt us. It was a rough struggle -- he smashing at me clumsily with his fists, I with quick movements evading and dealing him blow after blow with the heavy cane for several rounds — till at length he crouched down at his desk, exhausted and beaten, and I ordered him to turn to his book, which he did in sulky silence. Going to my desk, I addressed them and asked them to inform all who wished to come to the School, — That if they came for education, everything would be heartily done that it was in my power to do; but that any who wished for mischief had better stay away, as I was determined to conquer, not to be conquered, and to secure order and silence, whatever it might cost. Further, I assured them that that cane would not again be lifted by me, if kindness and forbearance on my part could possibly gain the day, as I wished to rule by love and not by terror. But this young man knew he was in the wrong, and it was that which had made him weak against me, though every way stronger far than I. Yet I would be his friend and helper, if he was willing to be friendly with me, the same as if this night had never been. At these words a dead silence fell on the School: every one buried face diligently in book; and the evening closed in uncommon quiet and order."

But, as we'll see tomorrow morning, this experience was only preparing Paton for far more daunting challenges to come...