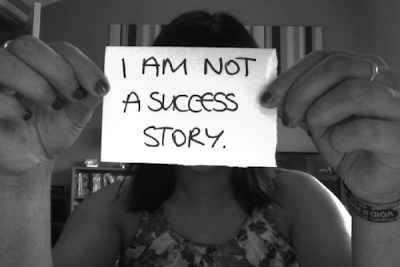 Join us tomorrow at DPC as we consider the exciting subject of... depression.

I need scarcely explain why I deem it important that we should face this particular question.  I do so partly for the sake of those who are in this condition, in order that they may be delivered from this unhappiness, this disquiet, this lack of ease, this tension, this troubled state which is described so perfectly by the Psalmist in this particular Psalm.  [he's referring to Psalm 42]

It is very sad to contemplate the fact that there are Christian people who live the greater part of their lives in this world in such a condition.  It does not mean that they are not Christians, but it does mean that they are missing a great deal, missing so much that it is important that we should enquire into the whole condition of spiritual depression outlined so clearly in this psalm, if only for their sake.

But there is another and more important reason, which is that we must face this problem for the sake of the Kingdom of God and for the glory of God.  In a sense a depressed Christian is a contradiction in terms, and he is a very poor recommendation for the gospel.

We are living in a pragmatic age.  People today are not primarily interested in Truth but they are interested in results.  The one question they ask is: Does it work?  They are frantically seeking and searching for something that can help them.

Now we believe that God extends His Kingdom partly through His people, and we know that He has oftentimes done some of the most notable things in the history of the Church through the simple Christian living of some quite ordinary people.

Nothing is more important, therefore, than that we should be delivered from a condition which gives other people, looking at us, the impression that to be a Christian means to be unhappy, to be sad, to be morbid, and that the Christian is one who 'scorns delights and lives laborious days'.

There are many indeed who give this as a reason for not being Christian, and for giving up all interest they may ever have had in the Christian faith.  They say: Look at Christian people, look at the impression they give!

And they are very fond of contrasting us with people out in the world, people who seem to be so thrilled by the things they believe in, whatever they may be.  They shout at their football matches, they talk about the films they have seen, they are full of excitement and want everybody to know it; but Christian people too often seem to be perpetually in the doldrums and too often give this appearance of unhappiness and of lack of freedom and of absence of joy.

There is no question at all but that this is the main reason why large numbers of people have ceased to be interested in Christianity.  And, let us be quite frank and admit it, there is a sense in which there is some justification for their attitude, and we have to confess that their criticism is a fair one.

It behooves us, therefore, not only for our own sakes, but also for the sake of the Kingdom of God and the glory of the Christ in Whom we believe, to represent Him and His cause, His message and His power in such a way that men and women, far from being antagonized, will be drawn and attracted as they observe us, whatever our circumstances or condition.

Obviously, if we are cast down ourselves we are never going to be able to function in that way.


This is from Lloyd-Jones' book Spiritual Depression: Its Causes and Cure.

Lloyd-Jones was one of the most influential ministers of the 20th century.  He lived in Europe, in the midst and/or aftermath of two world wars.  He knew the pastoral necessity of dealing with depression firsthand.

Is it still a relevant subject today?  More than 1 in 10 Americans (the most prosperous people in the history of the planet) are on antidepressants.

Here are the stats:  "11% of Americans ages 12 and older take the medication. Antidepressants are the most common prescription drug used by people ages 18 to 44. Almost one-quarter of all women ages 40 to 59 take antidepressants."

Yes, it is still quite relevant.