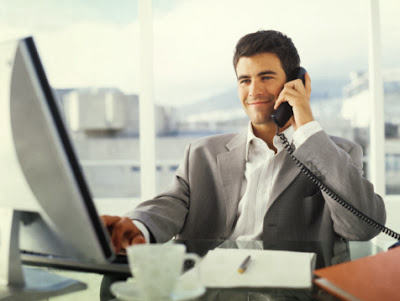 Back in the 2nd century Justin Martyr once described how so many former pagans were becoming Christians, leaving the darkness of their paganism and coming to the light of Christ.

He describes it as happening, "either from having watched the constancy of their Christian neighbors, or from having observed the wonderful patience of Christian travelers when overcharged [from an inn], or from doing business with Christians."

How many people do you know who have come to Christ through working with Christians?  Do our work habits commend the Christian faith and life?

May it be so among us! 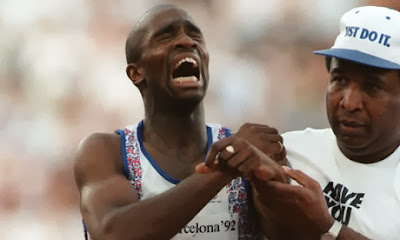 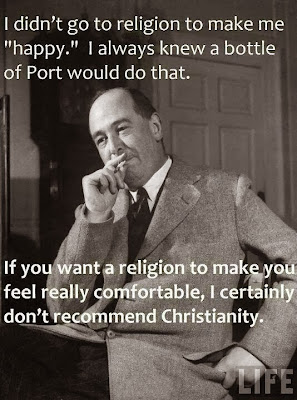 
No Mere Christian
by Eric Metaxas

Fifty years ago this Friday, one of the great Christian voices passed away. In fact, without him, I probably wouldn’t be speaking to you today on BreakPoint.

On November 22, 1963, C. S. Lewis died of kidney failure. The death of one of the great Christian apologists of the 20th century didn’t make many headlines: Those belonged to President John F. Kennedy, who was assassinated that very same day in Dallas.

If Lewis’s death didn’t impact the news cycle, however, his writings made a nearly incalculable impact on the Church. Use the phrase, “He’s not a tame lion, you know,” and nearly two generations of Christians would get the reference to the Christ figure Aslan the lion from the "Chronicles of Narnia". The name “Screwtape” can send chills down the spines of millions, who know, thanks in part to Lewis’s “Screwtape Letters,” that the Devil and his fiendishly sly temptations are not the stuff of superstition and fairy tales.

And the title of Lewis’s most famous work became an almost proper noun in itself: “Mere Christianity”—the book that paved the way for the conversion of one Chuck Colson.

On the night Chuck gave his life to Jesus, his friend Tom Phillips read to him Lewis’s masterful passage on pride:

“There is one vice of which no man in the world is free,” Lewis wrote, “which every one in the world loathes when he sees it in someone else . . . The vice I am talking of is Pride . . . Pride leads to every other vice: it is the complete anti-God state of mind …

As Chuck said on BreakPoint many years later, “It felt as if Lewis were writing about me, former Marine captain, Special Counsel to the President of the United States, now in the midst of the Watergate scandal. I had an overwhelming sense that I was unclean.

“When I got to the automobile to drive away, I couldn’t. I was crying too hard . . . I spent an hour calling out to God. I did not even know the right words. I simply knew that I wanted Him. And I knew for certain that the God who created the universe heard my cry.”

And that was Lewis’s genius: his ability to take the vast and sometimes complicated claims of Christianity, boil them down and express them in a way that nearly everyone can understand--whether they’re driven to their knees by them or not.

Was Jesus just a good moral teacher? “That is the one thing we must not say,” Lewis wrote. “A man who was merely a man and said the sort of things Jesus said . . . would either be a lunatic—on the level with the man who says he is a poached egg—or else would be the Devil of Hell. . . Either this man was, and is, the Son of God: or else a madman or something worse. You can shut Him up for a fool, you can spit at Him and kill Him as a demon; or you can fall at His feet and call Him Lord and God. But let us not come with any patronizing nonsense about His being a great human teacher. He has not left that option open to us. He did not intend to.”

So, if you’re looking for compelling ways to think and talk about what Christians believe and why we believe it, “Mere Christianity” is a great place to start. It’s also a great book for that seeker in your life. We have it for you, of course, in the BreakPoint online bookstore.

Stay tuned this week to BreakPoint, as John Stonestreet and I share more of our thoughts on the works of C. S. Lewis. 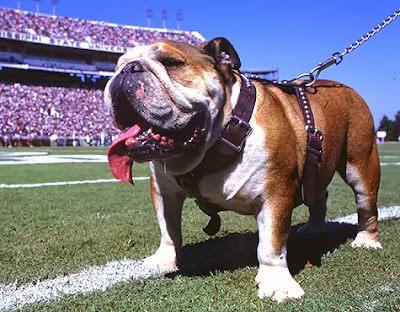 On behalf of my team, I accept this compliment.


"Alabama coach Nick Saban, however, sees potential for a trap for his players and calls the Bulldogs the best 4-5 team in the country."

Email ThisBlogThis!Share to TwitterShare to FacebookShare to Pinterest
Labels: Christmas, Current Events, Glorious Ruins, Quotes Worth Pondering, Who Let the Dawgs Out

Someone just sent me this interesting exercise in thought from Max Lucado...

I know this is a crazy thought—but what would happen if all the churches agreed, on a given day, to change their names simply to “church?”  And then when people chose which church to attend, they wouldn’t do so by the sign outside, they’d do so by the hearts of the people inside.

Crazy idea?  Perhaps.   But I think God would like it.  It was His idea to begin with!

"I will build my ekklesia, and the gates of hell shall not prevail against it."  (Jesus of Nazareth)

Email ThisBlogThis!Share to TwitterShare to FacebookShare to Pinterest
Labels: Quotes Worth Pondering, The Church

help for your prayers 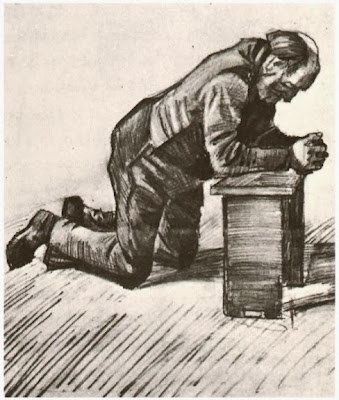 For me, one of the most practically helpful aids to meaningful, rich prayer is so Biblical and so simple, it's trickily easy to completely overlook.

As a human being, I am a body-soul nexus.  That is to say, my body & my soul are connected.  The posture of my body influences and affects the "posture" of my soul.  That's just the way God made us.

Isn't this what Screwtape told Wormwood, when he was giving him advice on undermining and weakening a Christian's prayer?

"At the very least, they can be persuaded that the bodily posture makes no difference to their prayers; for they constantly forget what you must always remember, that they are animals and that whatever their bodies do affects theirs souls.  It is funny how mortals always picture us as putting things into their minds; in reality our best work is done by keeping things out."

See if God hasn't made you that way too.


"And he withdrew from them about a stone's throw,
and knelt down and prayed."
Luke 22.41

Email ThisBlogThis!Share to TwitterShare to FacebookShare to Pinterest
Labels: C.S. Lewis, Following Jesus, Loving the Bible, Prayer, Quotes Worth Pondering
Newer Posts Older Posts Home
Subscribe to: Posts (Atom)
"For even the Son of Man came not to be served but to serve, and to give his life as a ransom for many."
Mark 10.45