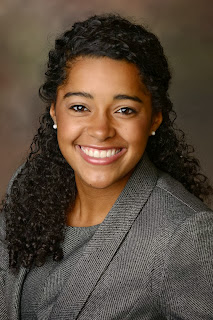 This is John Stonestreet's Breakpoint column / broadcast for today...

An unborn girl escapes abortion, is adopted, and becomes a homecoming queen? This is not a fairytale.

True stories are always full of both ugliness and beauty, and this one is no different. A married woman is sexually assaulted in California and becomes pregnant. Compounding her pain, her husband gives her an ultimatum: Abort this baby, or I’ll divorce you. That’s the ugly part. The woman, however, courageously decides that the child growing inside her is not the ugly part of her story, and gives birth. That and what follows is beautiful!

She moves to Alabama, is put in touch with a Christian adoption agency called Lifeline Children’s Services. Peggy Dutton and her husband are on the board of Lifeline. They get to know this courageous woman and agree to give her child a loving home. Two days after Molly’s birth, they adopt her.

Molly grows up and lives a gloriously average suburban life and now attends Auburn University as a horticulture student.

Almost no one there knew her story—until friends urged her to run for homecoming queen. For her platform issue, Molly chose alternatives for women facing crisis pregnancies. She told her story which spread like wildfire. Soon, Molly was all over TV and the Web winsomely sharing her positive message about life.

“It’s already been a huge response,” she said. “It shows how much the public wants to receive life. It has been viral.” And not only that—Molly Anne Dutton was named Auburn’s homecoming queen!

Amazing—from what some people would call a disposable “blob of tissue” to homecoming queen. All because of the selflessness of a mother.

And you thought fairytales at Auburn only came true on the football field!

Folks, Molly Anne Dutton’s story reminds us that we don’t have to choose between biblical truth and compelling stories. It’s not all about facts and figures. We must touch people’s hearts as well as their heads. And true truth always does that, because the ultimate Truth of the world was embodied personally in Jesus Christ.

Here’s another true fairytale, told by Jerry Root and our own Stan Guthrie in their outstanding book, “The Sacrament of Evangelism”:

“A woman named Virginia and her husband,” they write, “were expecting their first child. Doctors, however, said the kidneys of the unborn baby were pocked with cysts. They said the child could not possibly live more than a few hours and advised them to abort.”

Virginia was heartbroken, but she had no intention of ending the baby’s life. She told the doctor, “I do not know why God chose me to be the mother of this child, but since He did I will give birth to this child and I will love it with mother-love the best I can for as long as it lives.”

When the baby was born, Virginia rocked, nursed, and sang to her baby until the child died. Jerry and Stan note, “There are no scales to measure such love and courage.”

Years later, another woman told Jerry about her pregnant daughter: Doctors told her that the baby inside her would also die within hours after birth and advised an abortion.

So Jerry put her in touch with Virginia, who spoke with the daughter by phone every week. “Taking courage from Virginia’s example,” Jerry and Stan write, “the daughter chose to give mother-love to her child for as long as that child should live.” Beautiful, right? But here’s the kicker: “After the baby was born, the doctors discovered that they had made a misdiagnosis. The baby was fine.”

It’s in these stories of people like Molly and Virginia, and the gracious God they serve, that our neighbors will not only learn about the goodness of God; they’ll be able to see it.

And please, if you’re on Facebook or Twitter, share this broadcast with your friends. You’ll find a transcript and the audio at BreakPoint.org. What better time to share these kinds of stories than at Christmas, when the Truth became flesh and dwelt in our midst.