Are you in the fight? 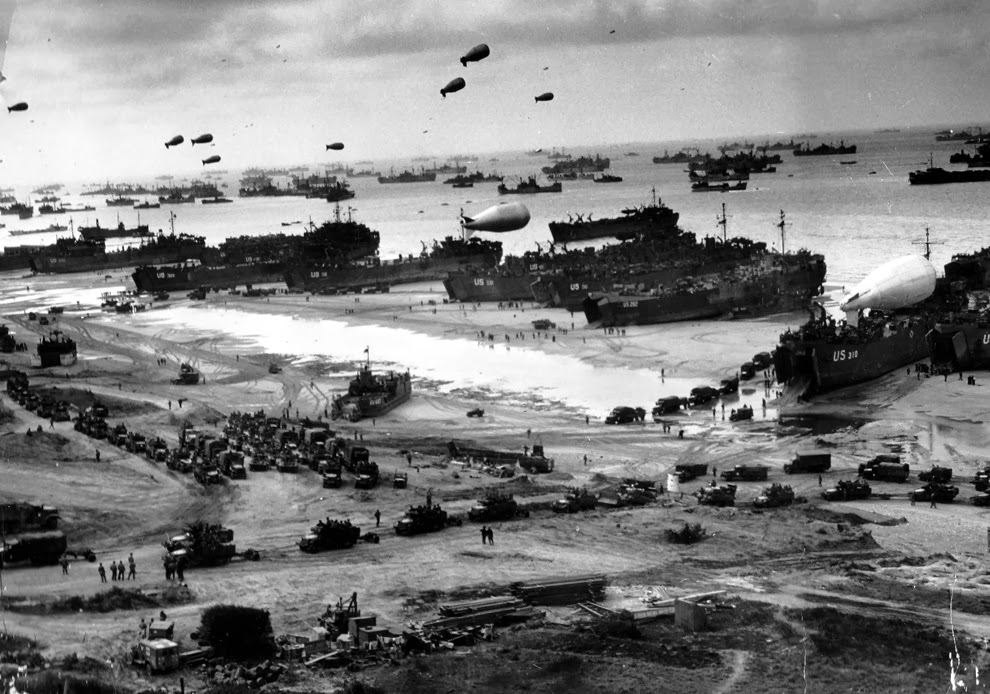 As we continue in our sermon series on spiritual warfare (from Ephesians 6.10-20), I'm going to post this well-known, well-used, & very, very helpful illustration that we used a couple of weeks ago...


There's a great illustration that the church has often used to teach Christians a very important and powerful truth throughout the last few decades.

I believe it was first taught by Oscar Cullman, a Lutheran theologian.  You may have heard it before; it goes like this....

In every war there tends to be one decisive battle.  And after that battle is over (though there may still be a lot of carnage yet to endure), the inevitable starts to work itself out.  In the American Civil War, for example, it was the Battle of Gettysburg.  After Gettysburg, the South knew it could really no longer win & the North knew that it would win, eventually.

But the classic example of this is in World War II.  D-Day.  June 6, 1944, when that massive invasion force crossed the channel from England to Normandy, France.

This was the pivotal moment in all of WWII.  The Allies bet everything on this single day; everything was at stake.  And it was brutal.  You remember that long scene from the movie Saving Private Ryan?  It was absolutely brutal.  It was called "The Longest Day."

And yet, when it was all over the Allied has established a beachhead in France.  And from that beachhead they could guarantee eventual liberty from the Nazis.  The ultimate outcome of the war was now inevitable.

Listen - the Bible has a D-Day & a V-Day too.  It goes like this:  the one decisive, pivotal battle (on which absolutely everything was staked) is when Jesus of Nazareth died on the cross, bearing the curse and punishment for his people's sins.  And then he rose again, liberating his people from sin & death!

That is the Bible's "Longest Day" - the death and resurrection of the Savior.  That is the day that assures Jesus' people of ultimate victory.

Oh, yes.  Just like between D-Day & V-Day in Europe!  The decisive, pivotal battle may be won, but that doesn't mean that the enemy is going to acknowledge defeat or quit fighting.  The outcome is absolutely determined & secured & inevitable, but the fighting may continue for a long while yet.

In theology we call this "the already but not yet" nature of Jesus' kingdom.  The fullness of victory & renewal is assured!  All things will be made new!  But the enemy hasn't given up yet.  There's still a lot of fighting left to do.  There's still lots of horror & destruction & pain still to go.

But the Christian now fights knowing that ultimate victory is inevitable!  Because D-Day is a done deal!  We know how this ends; we know who wins!

We still fight.  On many fronts.  But the battle is already won.  Victory has already broken in on us, even if we don't see its fullness yet.

Do you get that?  Do you think in those terms?

And with that illustration in the background, let's come back to our question:  Are you in the fight?  Are you getting bumped & bruised & bloodied for the honor & glory of your King?

Or are you just kind of hanging back?... sitting it out?... being safely intellectual about it all?

Are you in the fight?