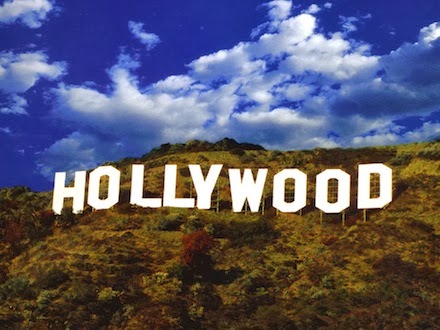 One of the Adult Christian Education Classes at DPC these days is discussing "Hollywood Worldviews," a book by Brian Godawa.

From all that I hear, it's been a very interesting class, with lots of lively conversation.

Check out this recent Breakpoint essay by Eric Metaxas...


When it comes to Hollywood movies, there really was a “good old days.” And we’ll be talking about the good old days of film throughout the year on BreakPoint.

What comes to mind when you think of Hollywood movies?

Mindless entertainment? Blood and guts, car chases, over-the-top sexuality? Or maybe you think about how much it costs to take your family to the theater. Seven bucks for popcorn? Really?

Well, if you’re only thinking about all those negative things, that’s unfortunate, because movies were meant to be so much more than just mindless or trashy or expensive entertainment. Like music and art and literature, film is an art form. And just like any other art form, it can express our God-given creativity in ways that stir the imagination and the soul.

At its best, film can move, edify, and inspire us. Just think of Gregory Peck pleading for justice in “To Kill a Mockingbird,” or Humphrey Bogart making a great sacrifice for a good cause in “Casablanca,” or Vivien Leigh vowing never to be hungry again, or even Gene Kelly dancing in the rain. Images like that stay with us and shape the way we look at the world. They’re examples of all that’s good and beautiful about film.

That’s why, all this year on BreakPoint, we’re going to be celebrating some of the greatest films ever made. Specifically, we’re celebrating the 75th anniversary of what has been called “Hollywood’s greatest year.”

In that one year of 1939 we got “Gone with the Wind” and “The Wizard of Oz,” “Mr. Smith Goes to Washington” and “Stagecoach,” “The Women,” “Wuthering Heights,” “Of Mice and Men,” “The Hunchback of Notre Dame,” and so many more immortal films.

The late film historian Ron Haver once called 1939 “an embarrassment of riches.” He went on to add, “An awful lot of accidental things came into play that year. . . . Nazism had driven a lot of refugee film makers over here, creating a great confluence of talent. There was a great spirit of nationalism in the country. Americans were reinvigorated after the Depression, and the movie industry was at its absolute peak in its ability to hold its audience.”

And personally, I don’t think it hurt that Hollywood was far more concerned in those days about respecting the morals of moviegoers.

Now you have to admit, a lot of ink has been spilled about the rigorous Motion Picture Production Code, the famous Hays Code, that went into effect in the mid-1930s, and about how restrictive it could be. You will not find very many filmmakers today who look back at it fondly. And yet the Code helped ensure a steady stream of good films that families could watch together. And there are those who argue that its restraints actually forced filmmakers to be more creative. Even those who hated the Code have to admit that some of the greatest movies of all time were made under it.

So as we discuss some of those wonderful movies on our features page at BreakPoint.org, I hope you’ll follow along.

This month we will be starting off reviewing the tremendous John Ford western “Stagecoach” starring a very young John Wayne and Andy Devine. Next month, we will be looking at “Gunga Din,” based on the classic poem by Rudyard Kipling, of course. And so on and so on.

You’ll find plenty of movies you can watch and discuss with your family, and you’ll learn more about the powerful images and ideas that they share.

We Christians talk a lot about the need to redeem films. But to do that, we need to get past our habit of seeing this art form in a negative light, and start remembering how good and great it can be.

With this celebration of the films of 1939, BreakPoint wants to help Christians do just that.

So we hope you’ll join us at BreakPoint.org.