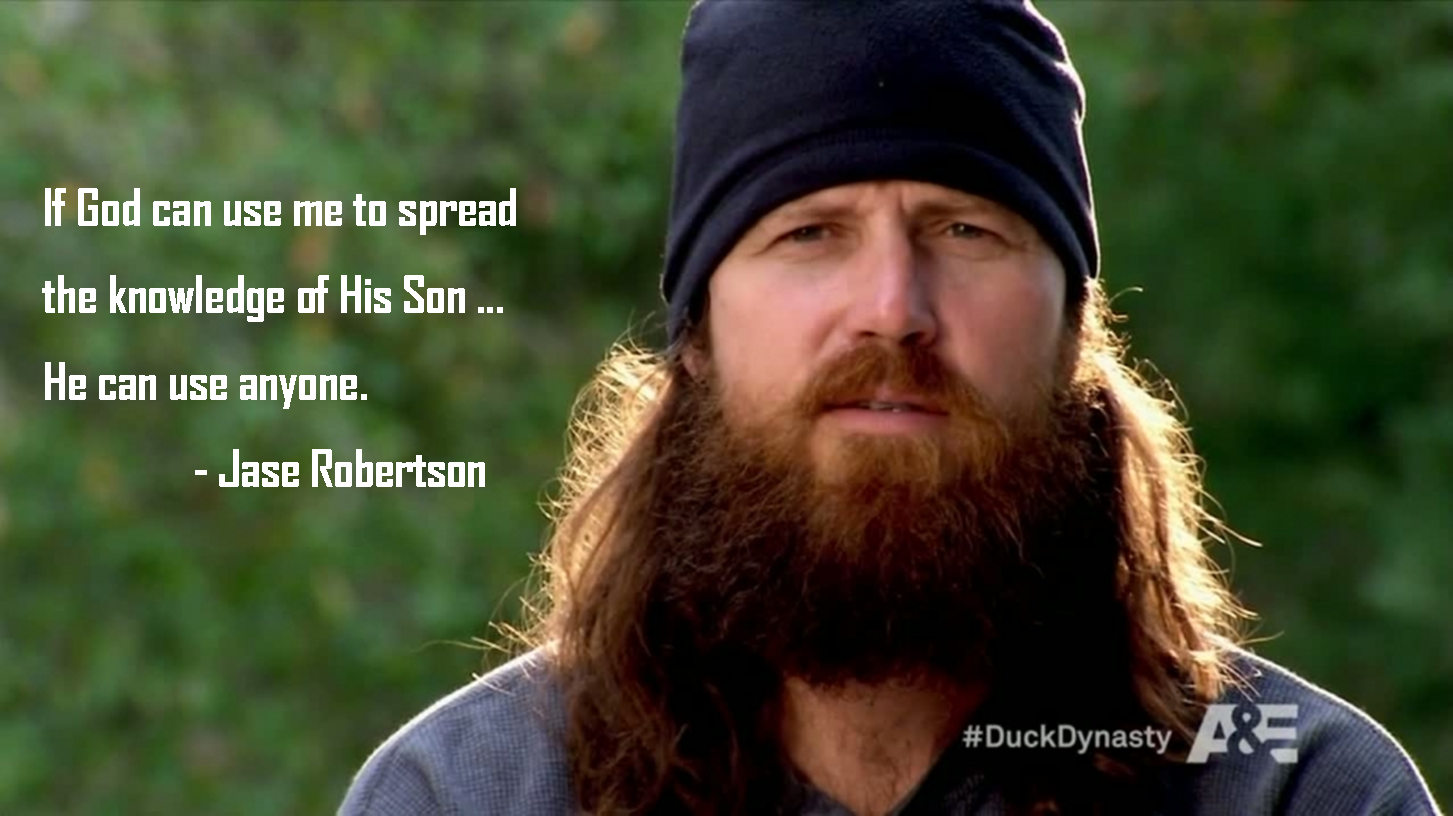 I once offered some thoughts here on Phil Robertson's infamous interview -- specifically how he responded when asked to speak to the idea of sin and sinful behavior.

How Christians describe sin has enormous consequences for how we go on to describe grace, Christ, the cross, forgiveness, and the gospel.  So.  That's obviously quite important.

But that was, of course, only one part of that whole conversation.  Perhaps the most important part, in the grand and eternal scheme of things, I would argue.  But there were other parts as well.

I also signed the "I stand with Phil" petition, which I thought was also making a valid point.  It was a much less important point, I thought, in light of eternity, but valid nonetheless.

But I just now had a chance to watch this 29 minute video about the Robertson family.

You should find a half hour and watch it.  I give thanks for this family and the work of conquering grace that Christ has won for them... from one generation to the next.  That in itself is part of the beauty and glory of God's covenant-keeping faithfulness.