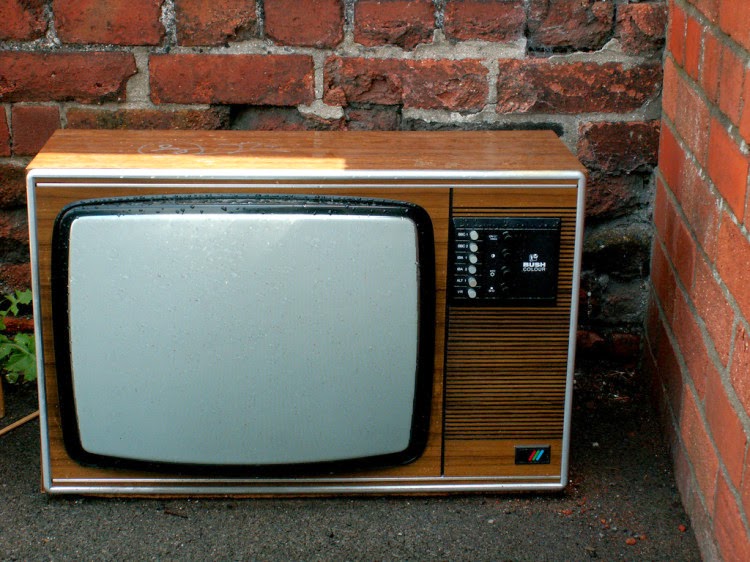 One of the saddest things I hear from time to time is the comment that goes something like this: "Well, I don't make it to church because [insert some variation of the excuses offered in the Luke 14.12-24 parable], but I do..."

Real worship in a real community with a real pastor and real elders and real deacons and real widows and real children and real whole bunch of other real sinners who are really singing & repenting and believing and praying together before a real Savior simply cannot be reduced to someone listening to another person talk through the first person's ipod.

What God intends in the word ekklesia (the called-out-from-the-world, called-to-Christ assembly, which the New Testament translates as "church"), which we are commanded in Hebrews 10.25 not to neglect, is much more than merely having your brain introduced to another passage of Scripture.

There are a thousand ways to demonstrate and describe this great truth... but below you'll find an excellent and characteristically colorful commentary in this direction from DPC missionary & member Sean DeMars.  I recommend it to you. 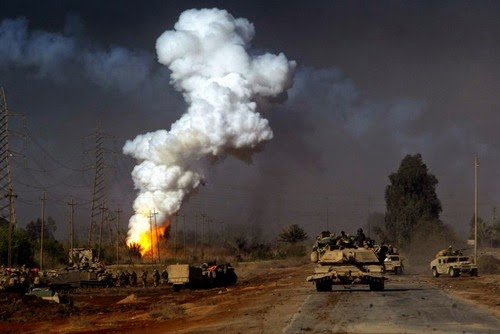 O’two dark thirty in Mosul, Iraq. Slow night. Little action. I’m playing ping pong in the back room of the level 2 ER when I hear armored truck tires tear into our parking bay and the usual “Medic!” cry for assistance. We run out, open the back door, and find a medic on top of a soldier, pounding away on his chest. He’s been doing CPR for about forty minutes on the way to the Combat Hospital. As we get the soldier in and begin to work on him we can clearly see that he’s dead and has been so for some time. That was the first time I saw a recently dead person, but not the first time I saw someone die.

The first time I saw someone die was shortly after a two hundred pound bomb blast tore into the Mosul police station just two clicks to my west at three p.m on a friday. I was supposed to be sleeping (night shift and all), but was called in to the ER for the patients that were sure to come. I drug myself out of bed and opened the door to the blow dryer that is all of outdoors Iraq, and I began to make my way to my station where I hear that we are expecting thirty-plus inbound casualties. As they come in to the triage, we could see that many had died on the way, but many were fighting the good fight. It’s go time.

I get assigned to bay six and begin to work on my patient. Airway: Check. Large bore IV: No good. His pressure’s down. Time’s up. Time to drill the IO. Blood warmer: Check. AED: Check. It doesn’t matter; narrowing pulse pressures. The docs are hitting him with everything they’ve got in the crash cart. Everything and the kitchen sink. Nothing. Chemistry has failed us so it’s time for the good ol’ fashion manual chest pump. The machine is registering every pump only faintly, and when I stop, it stops. We keep trying for another ten minutes and then the doc calls it. Time: 3:45 p.m. No one had time to stop and think. We had to keep going. Next patient. Next patient. Next patient.

I had several more patients who made it that day, and a few that didn’t. My last patient of the day passed around six p.m., and it was then that I stopped and took it all in. I didn’t want to, really. I wasn’t trying to; Osmosis. The reality and depth of the situation left me punch drunk in a matter of seconds. He was alive, then he was dead. I’m not going to exhaust the limits of my writing ability by trying to explain to you what it was like that day. It wouldn’t work anyways. No matter the giftedness of the writer, if you don’t see a person die, you can’t understand it.

I’m sure some Cormac McCarthy slash Hemingway’esque slash Dickensian writer could do a decent job of making you feel like you were in the room that day, but you weren’t. You weren’t in the room that day. You can’t understand. You didn’t have your hand on his body as he passed from death unto life. You didn’t feel the temperature of the skin change. You didn’t try to adjust his dead weight. The way the blood made my boots stick to the floor. The strange way in which he was breathing as he let it all go. The way you feel when you realize it’s done. You can’t know what that’s like from a book, or movie, or t.v. show.

Shows like ER (for those stuck in the 90’s), House, and any number of reality t.v. medical shows try to help us know and experience what it’s like to be in that room; the production value, the gritty grimy reality of it all, the fast panning of the cameras, and the intensity of the direction. It all makes us feel like we’re in the room. It makes us feel like we’re injecting the adrenalin with them, but we’re not. It’s superficial. There’s something missing. The reality of what’s taking place in the realest of reality television medical dramas is still a reality for those in that room, and for them alone. The reverberations will be felt by those on the outside of that reality, but that room isn’t there’s. They will forever be outsiders, and so are we with our noses pressed up against the operating room glass, fogging it up as we press in to feel the pulse of that room. Press your nose up against your forty inch flat screen all you want, it still isn’t your room.

That’s what online “church” is like. That’s the simile. No matter how much you may learn from an online sermon, or how enthralled you may be (or silly you may look), during your living room worship, it’s still just you on the outside of the operating room, nose smushed up against the glass trying to be a part of something that, for all intensive purposes, might as well be an entire universe away. You can’t hear your neighbor singing those praises. That pastor doesn’t know you. You don’t know him. You don’t, nor can you know, the reality of the flock that he is preaching to. Your life is not their lives, and that’s a pretty big part of the sunday gathering.

I don’t want to bend this metaphor (simile, whatever…), to the point of breaking it, so allow me to wrap it up here: as “real” as your little sunday morning service may feel from your bedroom/living room/hammock/Starbucks counter/master bathroom, it isn’t. It’s not real. You’re not there. That reality is not your reality. You want it to be, and I’m sure you often feel that it really is, but it’s not. You’re an outsider. That room isn’t your room.

Like the person addicted to the “reality” of Nat Geo or RealTV, you want to believe that you are a part of what’s happening on that screen, but you’re not. You’re not a part of it. You’re a spectator. As entertaining as that may be for you, I promise you that entertainment isn’t the point of this thing we call church. You’re missing the beautiful reality of communing with your brothers and sisters under the power and authority of God’s proclaimed Word, and unless you have a really, really good excuse, not only are you missing out on one of the most profoundly rewarding experiences you could possibly have in this life, but you’re living in a pattern of habitual sin. (Heb 10:24-25) You’re losing twice. Close your computer, or turn off your t.v., find a good Bible believing church near you and go get your hands dirty. Your worst days there will be better than your best days on the couch. Put your finger on the pulse. It’s your room.