“Vengeance is mine, I will repay, says the Lord.” 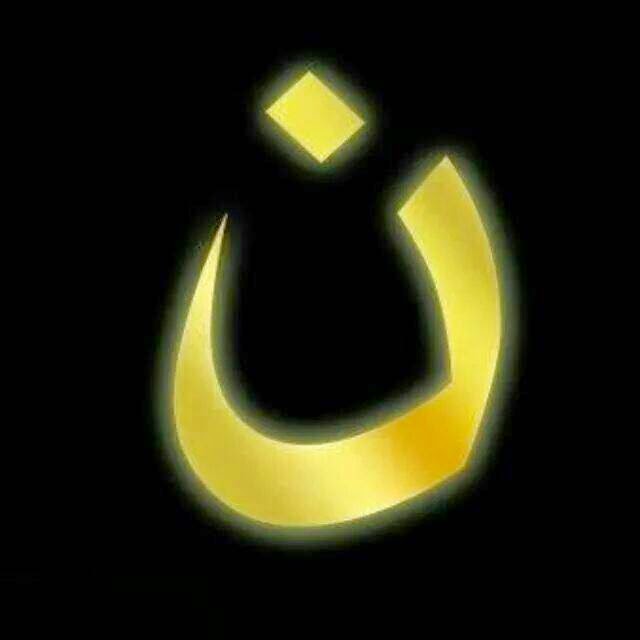 The stories (and pictures) of how the church of Christ is being butchered and slaughtered in Iraq right now are beyond devastating.  I'm tempted to provide links to every story I've read, just to try to wake us all up to the reality of evil.  Hell is indeed breaking loose.

Pray.  Pray for the Lord to destroy this enemy.  How he destroys them is his sovereign choice.  Sometimes he destroys his enemies by making them into his friends.  Such was the case with me.  Praise be to Christ.

Sometimes he destroys them in other ways—just read the Scriptures.  But eventually all enemies will be destroyed, hence the joy at the end of the book of Revelation, which my family is finishing now... very timely.

But I am linking to three stories:

HERE - an explanation of the symbol used above.  How an Arabic letter was reclaimed to support Iraq's persecuted Christians.  Beautiful story, in the midst of so much twisted evil.  The sign of the Nazarene.  The sign of allegiance to Christ.

HERE - at least one answer to the question, what else can we do?  Help for Christians in Iraq.

Back when the church would sing strongly and vigorously about these very matters in worship before our God who reigns in Heaven... which we desperately need to learn to do once more... this was one such song, given below.  Awake my soul and sing...

That martyr first, whose eagle eye
Could pierce beyond the grave;
Who saw his Master in the sky,
And called on Him to save.
Like Him, with pardon on His tongue,
In midst of mortal pain,
He prayed for them that did the wrong:
Who follows in His train?

A glorious band, the chosen few
On whom the Spirit came;
Twelve valiant saints, their hope they knew,
And mocked the cross and flame.
They met the tyrant’s brandished steel,
The lion’s gory mane;
They bowed their heads the death to feel:
Who follows in their train?

A noble army, men and boys,
The matron and the maid,
Around the Savior’s throne rejoice,
In robes of light arrayed.
They climbed the steep ascent of Heav’n,
Through peril, toil and pain;
O God, to us may grace be given,
To follow in their train.