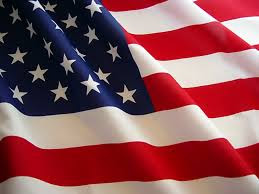 From the back of DPC's worship guide this last Sunday...

"Democracy has not always been associated with freedom. Most thinkers from ancient Greece until the American Revolution viewed democracy as little better than mob rule. The French aristocrat Alexis de Tocqueville was a student of government and knew these arguments well, and the executions of many of his relatives during the French Revolution gave him a personal understanding of the compatibility of democracy and tyranny. Yet, he went to America in 1831 looking for democracy. He wanted to know why a democratic government was succeeding in the United States when it had failed in so many other places, not least France, which had just gone through another revolution in 1830."


Quotes from Democracy in America:

“Liberty cannot be established without morality, nor morality without faith.”

“Nothing is more wonderful than the art of being free, but nothing is harder to learn how to use than freedom.”

“everybody feels the evil, but no one has courage or energy enough to seek the cure”

“Society is endangered not by the great profligacy of a few, but by the laxity of morals amongst all.”

“I am unaware of his plans but I shall never stop believing in them because I cannot fathom them and I prefer to mistrust my own intellectual capacities than his justice.”

“As I see it, only God can be all-powerful without danger, because his wisdom and justice are always equal to his power. Thus there is no authority on earth so inherently worthy of respect, or invested with a right so sacred, that I would want to let it act without oversight or rule without impediment.”