IN the world, not AT the world 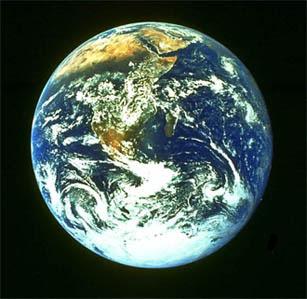 One sometimes hears Christians describing their way of life as "in the world, but not of the world."  And there's a helpful distinction and an important point to be grasped there.

But in the day of social media rants, perhaps we need to reflect on this aphorism as well: "IN the world, not AT the world."

In Jesus Christ, God became flesh.  He can INTO the world, fully invading all the dark, sinful, yucky places of fallen society with redemptive love, eternal truth, and saving grace.

He actually entered into the brokenness.  Himself.  At his own cost and sacrifice.

So... if we're attempting to follow him, we're going to have to do more than spout (or spit?) truth AT the world.

We're going to have to actually embody his love, his truth, and his grace... IN the world.

Ranting on social media is easy.  Any child can do that.

But visiting the bedridden neighbor?  That requires a bit more of you.

As does asking the homosexual to lunch.  Or making and delivering a meal to the ailing.  Or giving deeply to the needy.  Or assisting the single mom with childcare.  Or truly grieving with the broken-hearted, when everything is really going just fine with your life.  Or investing your time and love in the lonely and easily forgotten.  Or comforting the depressed.  Or running errands for the burdened.  Or coming alongside the frayed marriage.  Or asking the lost friend if he or she is interested in an honest, no-holds-barred exploration of the gospel, with Bibles opened.  Or discipling a younger believer.  Or getting down on our knees and praying.

Not merely AT the world.

Email ThisBlogThis!Share to TwitterShare to FacebookShare to Pinterest
Labels: Following Jesus, Glorious Ruins, The Church, The Gospel, These United States of America, This is not friendship. This is distraction.