How Did You Spend Groundhog Day? 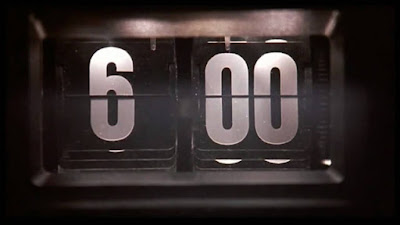 Yesterday was Groundhog Day.  And last night, after a day spent in the various callings God has assigned to each of us, the seven members of my immediate family returned to one of the greatest movies made in the last 1,000 years...

Which reminded me of this, from a Ransom Road post in November of 2012...

A couple of days ago -- looking to enjoy a rare evening of thoughtless entertainment -- my older kids & I had some milkshakes & popped in the movie Groundhog Day. But... actually... it didn't turn out to be "thoughtless" entertainment at all.  It's really one of the most meaningful and poignant movies I've ever seen. When we first meet Phil Connors, he's this self-absorbed, shallow man -- frustrated with the emptiness and meaninglessness of his life.  But he's trapped in it.  No way out.  Anyone ever felt that way?And then something really weird happens.  Phil keeps living the very same day over and over again.  And the whole movie turns on how Phil responds to this situation.At first he feels like he's been condemned to live the save day over and over again.  "What would you do if every day was the same, and nothing you did ever mattered?"  But then he suddenly plunges into a life of sheer, irresponsible pleasure-seeking.  "I'm not going to play by their rules any longer!"  There are no consequences for Phil; he can get away with anything he wants -- no fear of punishment! What would you do with that kind of freedom?What Phil eventually found is that this kind of life is even emptier than his previous life.  That's what everyone who squanders and trivializes themselves with this kind of life discovers.  Always.  It's hollow.  You can't find meaning in sin.  You just weren't made for it. He then tries to find a sense of fulfillment in love.  But it's not genuine love, for the benefit of the other.  It's still Phil loving Phil.  He tries a thousand different ways to manipulate love from Rita, his wholesome co-worker. But you can't do that.  Love won't be manipulated. Sensing the emptiness of self-love and unable (as of yet) to truly love, he despairs of the seemingly-eternal emptiness of life and attempts to end himself. But... he can't even do that.  The weirdness of what has happened has made him powerless to do so.  He doesn't have that kind of authority.  He's not sovereign.  In fact, as a weatherman, he can't even predict the weather accurately!  (Earlier in the film he boasted, "I make the weather!")It's looking like Rita was dead on when, earlier, she quoted Sir Walter Scott to Phil:

The wretch, concentered all in self,
Living, shall forfeit fair renown,
And, doubly dying, shall go down
To the vile dust, from whence he sprung,
Unwept, unhonored, and unsung.
Then something starts to slowly change in Phil.  He begins to enjoy life:  music, literature, art, loving and serving others in a great variety of ways. Earlier he treated all people with contempt.  "People are morons!," he said.  But now, instead of treating people with contempt, he's loving and serving them -- everyone who crosses his path.  And even those he goes out of his way to find.He's dying to himself and serving his neighbor.But key to this stage in Phil's response is his interaction with this beggar.  Earlier in the movie Phil ignored the beggar.  Now he tries to save the beggar's life, for this is the day the beggar's life will end.But he can't save the beggar's life.  He tries to do so repeatedly, many different ways.  But he can't.  The man keeps dying. Finally, Phil submits to this.  The last time we see the beggar die (his last breath rising up in the cold February air), Phil looks up to heaven.God is the Lord of life and the Lord of death.  God can't be resisted.  God can't be ignored.  God must be believed and loved and submitted to. Now, it's not that all of that is specifically said in the movie.  But when people look up to heaven that way in that kind of context, that's where you are. Now it seems that he's added wisdom to his life of self-sacrificial love and service. And that -- surprise! -- is when Rita begins to love Phil.  In fact, she empties all that she has in her bank account to "buy" him at a community festival where eligible bachelors are auctioned off.  In Phil, she's now found something that has a slight aroma of the kingdom of God, the pearl of great price.  It's worth everything she has.But at this point the "new" Phil declares that he's genuinely unworthy of her. And that's when he's set free.I love the movie.  It's laugh-out-loud funny, for one thing.  But for another, you're watching a man move from foolishness to wisdom in a very Ecclesiastes-like fashion. Can it teach us something about the Kingdom of God?  Yes, it can.  Of course, I'm sure that wasn't the movie-maker's intention.  But I found myself thinking through Jesus' words with fresh application:  "Whoever would save his life will lose it, but whoever loses his life for my sake will find it."