A Way in the Wilderness 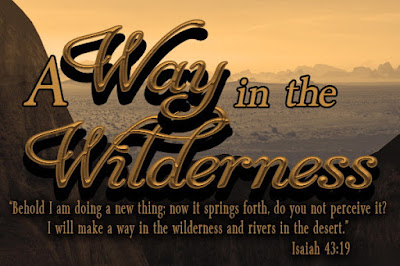 We begin a new sermon series THIS SUNDAY, in which we'll discover (along with Moses) more of this God who finally and fully revealed himself to us in Christ, and how this God is always loving his people... even in the wilderness.

"Exodus is about a man, Moses, who sets all against the reality of divine sovereignty and measures all in terms of God's requirements.  Exodus is about a nation, Israel, moving from slavery in Egypt into freedom.... But ultimately Exodus is about the God of the covenant who has instituted a new relationship between himself and those whom he has called to be his people.  It is about how he introduces himself to them, acts on their behalf and shows them the real difference it makes that the LORD [Yahweh] is their God, and about the patience he shows as he leads them out of their grumbling, even outright rebellion, until he comes to dwell in their midst."


"[The Exodus] cannot possibly be fictional.  No nation would be likely to invent for itself, and faithfully transmit century after century and millennium after millennium, an inglorious and inconvenient tradition of this nature."


"If you believed Moses, you would believe me; for he wrote of me."


If you'd like to read a short introduction to the book of Exodus (much of which will serve as our main text for this series), you may find one here: