The True Hero Of The Story 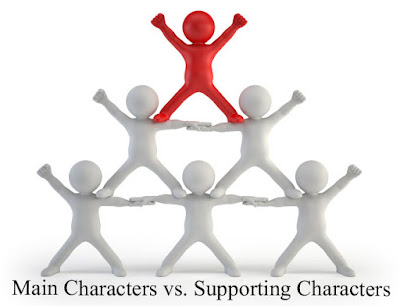 Last Sunday we began a new sermon series at DPC, opening up the book of Exodus.

As you think about the book of Exodus, it's tempting to regard Moses as the "main character" of this true story.  Moses, from a first reading, seems to be the hero of the story.  It's obvious!

Who is it that is at work behind the scenes, keeping his promise?

Who is it that hears the bitter cries of an anguished people, in the midst of their torture and misery?

Who is it that meets suffering with compassion and power?

Who is it that raises up a deliverer to bring the people out of bondage?

Who is it that reveals himself as the eternal I AM?

Who is it that is actually changing everything as the story progresses?

Who is it that brings his holy wrath upon an evil government?

Who is it that divides the sea?

Who is it that overthrows the enemy, casting them into the depths of the sea?

Who is it that provides food and drink for the throng of helpless refugees in the desert?

Who is it that meets his people at the mountain, with fire and thunder and smoke and trumpet blast?

Who is it that publishes his law, written in stone?

Who is it that floods every inch of the tabernacle with the radiance of his glory?

From the first page to the last, there is one Hero in Exodus.  And it's not Moses.

Reflect on these words, from Philip Ryken:


To read Exodus... is to encounter God.  The book is about the mercy, justice, holiness, and glory of almighty God, who rules history by his sovereign power and who saves the people of his covenant.  When the Biblical writers recall the exodus, they rarely mention Moses at all; instead, they speak of the wonders of God.  This gives us a hint that the proper way to study Exodus is to pay constant attention to what the book is showing and telling about the character of God.  Exodus is an exercise in theology, which is simply the study of God.

Email ThisBlogThis!Share to TwitterShare to FacebookShare to Pinterest
Labels: DPC, Loving the Bible, Quotes Worth Pondering, Sermon Preview, The Gospel