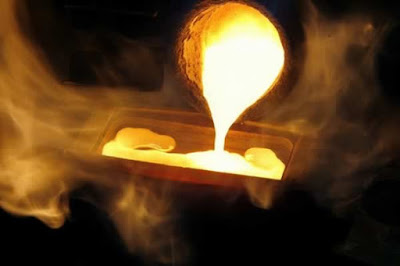 There is no such thing as an untested faith.

A few words from the Scriptures about the place and purpose of suffering & unmet expectations in the life of the Christian...

"Beloved, do not be surprised at the fiery trial when it comes upon you to test you, as though something strange were happening to you. But rejoice insofar as you share Christ's sufferings, that you may also rejoice and be glad when his glory is revealed."  ~The Apostle Peter

"What credit is it if, when you sin and are beaten for it, you endure? But if when you do good and suffer for it you endure, this is a gracious thing in the sight of God. For to this you have been called, because Christ also suffered for you, leaving you an example, so that you might follow in his steps. He committed no sin, neither was deceit found in his mouth. When he was reviled, he did not revile in return; when he suffered, he did not threaten, but continued entrusting himself to him who judges justly. He himself bore our sins in his body on the tree, that we might die to sin and live to righteousness. By his wounds you have been healed. For you were straying like sheep, but have now returned to the Shepherd and Overseer of your souls." ~The Apostle Peter

"In this you rejoice, though now for a little while, if necessary, you have been grieved by various trials, so that the tested genuineness of your faith—more precious than gold that perishes though it is tested by fire—may be found to result in praise and glory and honor at the revelation of Jesus Christ." ~The Apostle Peter

"Count it all joy, my brothers, when you meet trials of various kinds, for you know that the testing of your faith produces steadfastness. And let steadfastness have its full effect, that you may be perfect and complete, lacking in nothing." ~The Apostle James

"It is for discipline that you have to endure. God is treating you as sons. For what son is there whom his father does not discipline?" ~ The Epistle to the Hebrews, quoting Deuteronomy 8.5

"Have you not put a hedge around him and his house and all that he has, on every side? You have blessed the work of his hands, and his possessions have increased in the land. But stretch out your hand and touch all that he has, and he will curse you to your face.” ~Satan to God, in the book of Job

"But he knows the way that I take; when he has tried me, I shall come out as gold." ~ Job

"I have said these things to you, that in me you may have peace. In the world you will have tribulation. But take heart; I have overcome the world." ~Jesus

"For it has been granted to you that for the sake of Christ you should not only believe in him but also suffer for his sake." ~The Apostle Paul

"And after you have suffered a little while, the God of all grace, who has called you to his eternal glory in Christ, will himself restore, confirm, strengthen, and establish you." ~The Apostle Peter